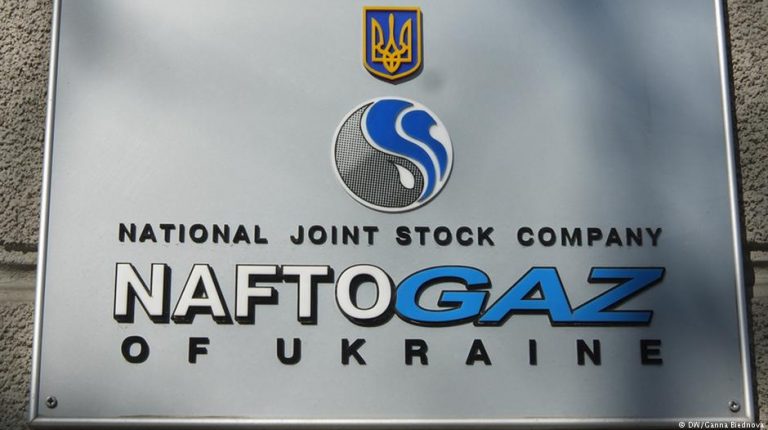 A Stockholm-based arbitration tribunal has taken the side of Ukraine’s state-owned gas company Naftogaz in its conflict with Gazprom. Analysts told DW what this decision meant for Russia’s gas monopoly.A three-year clash between Russia and Ukraine over the terms of a gas contract signed in 2009 has reached its critical point. In a move marking a major defeat of Russian state-controlled gas monopoly Gazprom, a Stockholm arbitration tribunal ruled in favor of Ukraine’s Naftogaz, satisfying its claim to review disadvantageous conditions of the gas deal with Russia.

The arbitration rejected the claim by Gazprom to apply the so-called take-or-pay clause, which stipulates that Naftogaz pay for the annual gas supplies envisaged by the contract even if the company in fact purchased less gas than the contract terms had assumed. Gazprom demanded that Ukraine pay as much as $34.5 billion (30.6 billion euros) under this clause.

Ukrainian President Petro Poroshenko called cancellation of the take-or-pay condition “an important step on the way to energy security… For the first time, Moscow is losing an opportunity to use gas as a weapon for political pressure and blackmail,” he wrote on his Facebook page, adding that “the disagreements between Naftogaz and Gazprom are for the first time being regulated in a civilized legal way.”

Naftogaz head Andriy Kobolyev was more emotional. “We did it,” he wrote on his Facebook page, posting a link to the song by Queen “We are the champions.”

The Stockholm arbitration panel’s decision is the first in a series of rulings the court is expected to deliver on the dispute, which dates from 2014. In June of that year, Gazprom and Naftogaz filed mutual claims with the court over the conditions of the gas contract signed in 2009 by then Prime Ministers Vladimir Putin and Yuliya Timoshenko. The two had agreed that Ukraine would annually buy and pay for at least 52 billion cubic meters of Russian gas.

However, the real volumes that Naftogaz was buying turned out to be well below this level. As a result, Gazprom filed a lawsuit, demanding that Ukraine compensate the Russian company for failing to purchase the agreed gas volumes in line with the take-or-pay clause.

In a reciprocal move, Naftogaz requested a review of contractual gas prices. According to the agreement, the price Ukraine was paying for the Russian gas was bound to oil prices. As a result, during the years when oil prices were high, the gas price for the country was significantly above that for Gazprom’s customers in Europe. In its claim with the court, Naftogaz demanded $18 billion in compensation for this price gap. The company also asked that a ban on re-exporting excess gas volumes stipulated in the gas deal with Russia be lifted. In its decision, the court satisfied these two claims as well.

The Stockholm arbitration ruling is “a big positive surprise for Ukraine,” said Timothy Ash, an emerging markets strategist with BlueBay Asset Management in London. “Not many people expected Ukraine to win that case. Gazprom lodged the case, and they were pretty confident in their position,” he told DW. Ash believes that the court’s decision against Gazprom will significantly reduce the gas monopoly’s “leverage and negotiating power.”

Gazprom’s defeat had been in fact “pre-programmed” by the company itself, suggested Mikhail Krutikhin, a partner with Moscow consultancy RusEnergy. In an interview with DW, he said that in 70 percent of cases over the last four years, consumers of Russian gas in Europe had succeeded in getting the terms of their contracts with Gazprom reviewed, including requirements envisaged by the take-or-pay clause. In all those cases, the Russian company made concessions in out-of-court settlements. Gazprom, however, demonstrated “an absolute inflexibility” in its deal with Ukraine, Krutikhin said.

Krutikhin believes that Russia’s tough position in this case has political reasons: “What was going on in relations between Gazprom and Naftogaz is a purely political situation. Gazprom acted as the Kremlin’s political instrument, and not as a normal company.” As a result, the company has closed the Ukrainian market for itself and lost potential revenues. Relations between Moscow and Kyiv soured after Russia’s annexation of Crimean peninsula in March 2014.

Consequences for Gazprom’s other contracts?

Meanwhile Gazprom was rather tightlipped in its comments on the Stockholm arbitration decision. The company’s head Alexey Miller noted on Thursday that it’s an interim ruling, with the final decision expected to come at the end of June, when the arbitration panel is set to rule on the size of possible monetary compensation.

Timothy Ash of BlueBay Asset Management suggested the court might oblige Gazprom to pay a significant award to its Ukrainian partner, “and I can’t see Gazprom not paying.” Ash also said that the ruling was rebalancing the relationship between Gazprom and its customers.

In a note for investors, Russian bank VTB Capital said the cancellation of the take-or-pay clause “looks like a loss for Gazprom, which tried to defend it as an important part of any long-term gas delivery contract.” Its analysts also suggested this might have additional consequences for Gazprom’s other contracts with consumers in Europe.

According to Krutikhin, the Russian gas monopoly “will have to acknowledge the existing reality.” Ukraine has not been buying Russian gas for more than a year now, relying on reverse gas supplies from Europe, he noted, adding that the country “is managing well without [Russian gas].”

The politics of theft in Kyiv