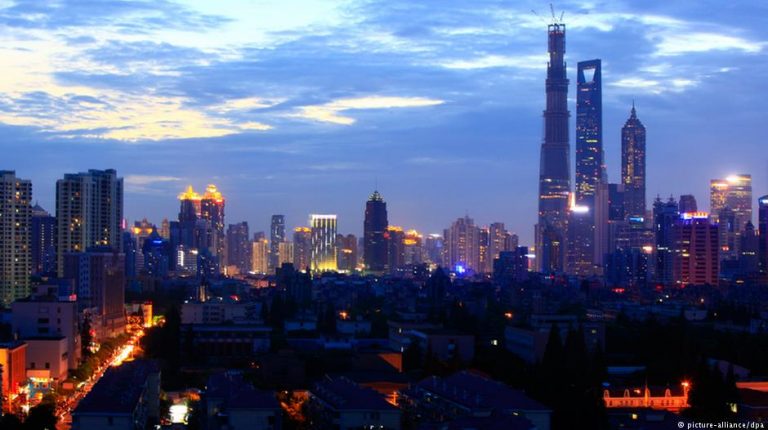 A G20 financial stability watchdog has complained it’s left in the dark about China’s shadow banking sector, because Beijing provided its data too late for a key analysis of the country’s riskiest assets.The Financial Stability Board (FSB), the Group of 20 (G20) economies’ financial risk monitoring agency, has criticized Beijing for being slow in providing key financial data from China. The lack of data concerning China’s gray capital market will delay the FSB’s newest report on the risks the world faces from shadow banking.

China failed to provide data to the FSB in time for its annual “Global Shadow Banking Monitoring Report,” the Switzerland-based body said Wednesday.

China’s top leadership has vowed to keep tabs on financial risks as a top priority this year after overall leverage in the economy rose sharply. However, Beijing’s tighter control of bank lending appears to be pushing borrowers back to alternative sources of funding, including the opaque, often loosely regulated shadow banking sector.

China’s $7.7 trillion (7.06-trillion-euro) shadow banking sector, which includes non-bank forms of credit such as trusts and wealth management products, is dwarfed by that of the United States and Europe, but the speed at which it has expanded has become a concern to regulators at home and abroad worried about hidden systemic risk.

The FSB, of which China is a member, is based in Basel, Switzerland, and coordinates financial regulation for the G20. The watchdog said a delay in receiving the Chinese financial sector data meant it was unable to provide a measure of shadow banking activities in China that could pose a threat to financial stability.

The FSB launched its annual report in the wake of the 2007-2009 global financial crisis to monitor risks arising from non-bank financial activities and to shape regulatory policy.

“The late submission of Chinese data delayed the publication of this report and did not allow enough time to complete the assessment of entities in China as part of the shadow banking system,” the FSB was quoted by Reuters.

“Chinese authorities have committed to making improvements to their internal processes related to this exercise, and are expected to contribute fully to the 2017 monitoring exercise.”

A credit bubble in the making?

This included $7.7 trillion in assets held by “other financial intermediaries,” a broad measure of shadow banking that includes institutions such as trusts, money market funds, hedge funds and money lenders.

China’s broad shadow banking sector ranked fourth globally after the euro area, the United States and United Kingdom, but in terms of growth was second only to Argentina’s, jumping 31 percent year on year.

Data quality has long been a problem for regulators in assessing the size and risks of the shadow banking sector globally, and not all countries are covered by the report. But the missing China analysis comes amid rising concerns over systemic risk created by interconnections between financial entities in the world’s second-largest economy.

“Interconnectedness between mid and small sized banks and the shadow banking sector continues to grow, increasing the risk that funding structures could become fragile if confronted with a negative liquidity shock,” Michael Taylor, a managing director at Moody’s, said in a note this week.

China’s financial regulators have been targeting financial vehicles of the shadow banking sector which are believed to finance debt-ridden state companies, heavily indebted provincial governments or ailing real-estate projects. The China Banking Regulatory Commission (CBRC) has been trying to determine whether banks are using shadow banking schemes to disguise credit to loss-making “zombie firms” or businesses in restricted areas, such as real estate, according to an internal document dated March 28 and reviewed by Reuters.

The CBRC has handed out 190 million yuan (25,22 million euros) in fines involving 485 investigations in the first quarter.

“We are holding meetings, learning the spirit of the regulations, preparing materials for self-assessment and regulatory reviews,” said a banker at a regional lender.

Moody’s said borrowers in sectors such as property, local government financing vehicles and industries struggling with overcapacity faced reduced access to traditional bank loans and were being driven to trust loans.

The CBRC has responded with a storm of at least eight new directives since late March.

The regulatory changes could further tighten domestic liquidity in the next six to 12 months, said Chen Long, China economist at Gavekal Dragonomics. That also posed short-term risks for domestic stock and bond markets, he said.

Shadow banking had grown so large after years of rampant growth, Chen said, that policymakers had to tread carefully in case overstrenuous attempts to rein it in caused a financial crisis.

“They cannot not regulate it, but they also cannot come down too hard on it,” he said.

Talks to arrange meeting between Al-Sisi and Jinping this year