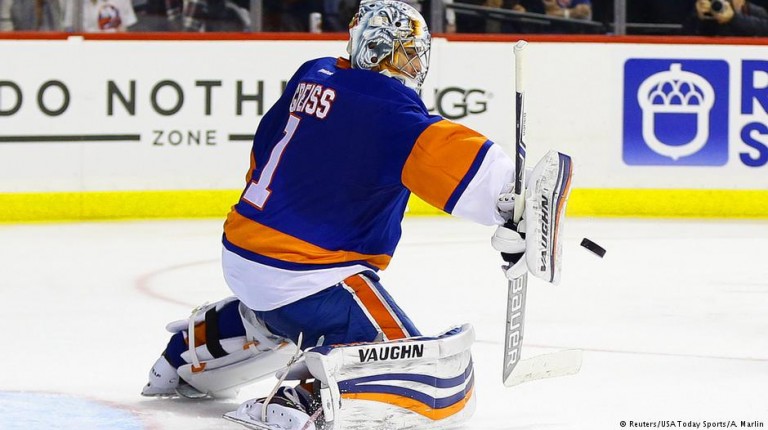 “We just keep playing. We go for the goal instead of sitting back. We make less mistakes, get the puck out, get it deep and just play a more solid game,” Greiss told reporters after recording 28 saves to lead the Islanders to victory and an important two points in their bid to make the playoffs. The win came a day after Greiss signed a new three-year contract with the Islanders, which is reported to be worth some $10 million (9.26 milllion euros).

Grubauer made 26 saves in a losing effort for the Capitals, who are currently the NHL’s top team.

Meanwhile, Leon Draisaitl scored his 20th goal of the season in a losing effort, as his Edmonton Oilers lost 5-2 to the Minnesota Wild. This bettered the 19 goals that the 21-year-old first-round draft choice scored all of last season, his second in the NHL.