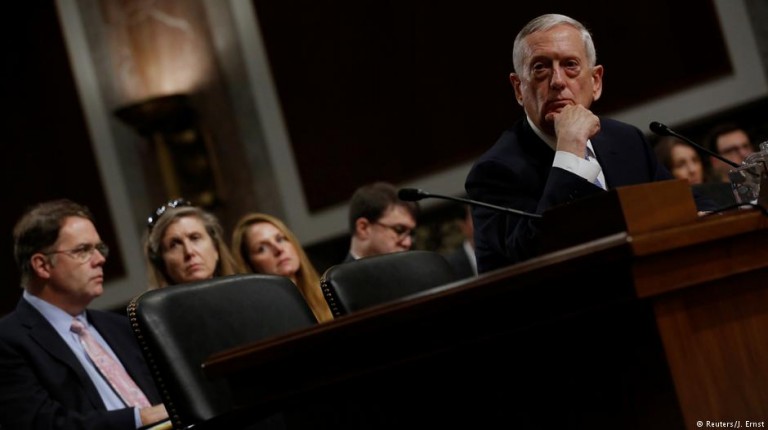 The Senate voted 98-1 to confirm Mattis to the position, with New York Senator Kirsten Gillibrand casting the sole “no” vote. Alabama Senator Jefferson Sessions was the only member of the Senate who did not participate in the vote.

Mattis previously was in charge of the United States Central Command and was responsible for American military operations in the Middle East, Northeast Africa, and central Asia from 2010-2013. Mattis received praise from Democrats and Republicans in a rare scene of bipartisan support.

Retired Marine Corps General John Kelly was also confirmed by the US Senate Friday to become the homeland security secretary in an 88-11 vote. Kelly is in favor of building a wall along the 2,000 mile (3,219 kilometer) border between the US and Mexico, a plan that will fall under Kelly’s responsibility. This is a plan Trump preached during his succesful campaign.

Kelly previously led the US Southern Command, which is responsible for US military actions in Central and South America between 2014-2016.

Democrats were able to stall Trump’s selection for CIA director, Mike Pompeo. Senators Ron Wyden of Oregon, Richard Blumenthal of Connecticut and Patrick Leahy of Vermont objected to the vote, calling “rushed” and demanded more time for the nomination to be “vetted, questioned and debated” on Monday.

Pompeo has served as the representative of Kansas’ fourth Congressional district since 2011.

What are the West’s military options in Syria?

US sticks to Iraq timetable, says only ‘dozens’ might stay