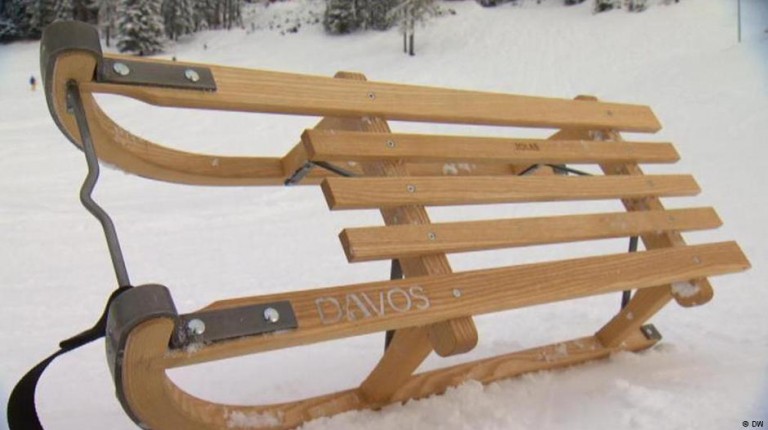 Once again, the global elite is meeting at the World Economic Forum in Davos. But the climate is different this time as US President-elect Donald Trump dominates the meeting – without even being there.Klaus Schwab is not to blame. And the World Economic Forum, which he founded in 1971, isn’t to blame either. Not for the economic inequality in many societies, not for the growing fear of globalization, not for the populist successes in the Brexit vote in the UK and the presidential election in the United States.

At least that’s the statement Schwab used at the opening press conference of the 47th World Economic Forum in Davos. He read out a text that he himself had written more than 20 years ago. In it, he had warned against increasing populism and demanded that globalization must benefit the majority of the population and not just a small elite.

That still applies today, Schwab said: “Every simplified approach to deal with the global complex agenda is condemned to fail. We cannot have just populist solutions.”

Schwab said he sees the WEF as a counterweight to a simplistic agenda. Every year, a variety of visions and voices comes together in Davos – politicians, entrepreneurs and investors, as well as academics, non-governmental organizations and social activists.

Where the global elite meet

Yet, the World Economic Forum is a meeting like no other of the global elite. Here, political power meets financial power. And here it has been preached for years that more globalization, more cross-border trade and fewer barriers to international investors make the world a better place.

But the old certainties are increasingly in doubt. Especially in Western democracies, many people are wondering whether globalization and the worldwide competition that comes with it have brought them more drawbacks than benefits. This played a role in the Brexit vote for the UK to leave the European Union as well as in the election of US President-elect Donald Trump.

In contrast, Schwab called for solidarity and balance.

“Every market economy will produce winners and losers,” he said. “But the system will only be sustainable if there is enough solidarity between the winners and the losers.”

The theme this year is “Responsive and Responsible Leadership.” It alludes to the growing alienation among large sections of the population and elites, and to a loss of trust in institutions.

Who’s coming – and who isn’t

German Chancellor Angela Merkel won’t be taking part in the WEF, officially due to scheduling conflicts. Instead, Finance Minister Wolfgang Schäuble and Defense Minister Ursula von der Leyen are traveling to Davos. France’s President Francois Hollande is staying at home, as is new Italian Prime Minister Paolo Gentiloni. Even so, British Prime Minister Theresa May will be there – though it is unlikely that she will present specific Brexit plans in the Alps.

Senior politicians from the United States are missing this year as Trump is being sworn in on January 20, the last day of the forum. Only former hedge fund manager Anthony Scaramucci is expected from Trump’s transition team.

Despite his absence, Trump will dominate this year’s forum. Will he cut off the US economically? Will he terminate free trade agreements and climate deals? What will his China policy look like? All these questions will certainly be asked – but not answered – in Davos.

But Schwab still has an ace in his sleeve that will draw attention to the Swiss winter spa town. Xi Jinping, president of the People’s Republic of China, will honor the WEF with his presence and make a speech. It is the first visit of a Chinese leader since 2003.

China is not a democracy, and Xi does not have to fear the anger of voters that appears to be keeping European leaders in their national capitals.

More than 3,000 top-ranking politicians, business executives and scientists will participate in Davos – more than ever before. The new UN Secretary-General Antonio Guterres is also set to come.

That’s because of another of Davos’ longstanding rituals: ministers and heads of state try to convince the global financial sector to invest in their countries.

The numerous discussions, lectures and workshops this year focus on a number of major topics: the revival of the weak world economy; reforms of capitalism to prevent further divisions in society; the question of how the loss of trust between governments and institutions can be countered; the fourth industrial revolution, the impact of digitization on employment and prosperity.

Culture is an inevitable part of Davos, which even has a term for the artists who appear.

The winners of the Crystal Awards, which are traditionally presented to artists on the opening night, have already been announced: German violinist Anne-Sophie Mutter, Colombian pop singer Shakira and US actor Forest Whitaker will be honored for their social commitment.

The future in Davos

Davos: The common ground of Trump and Xi