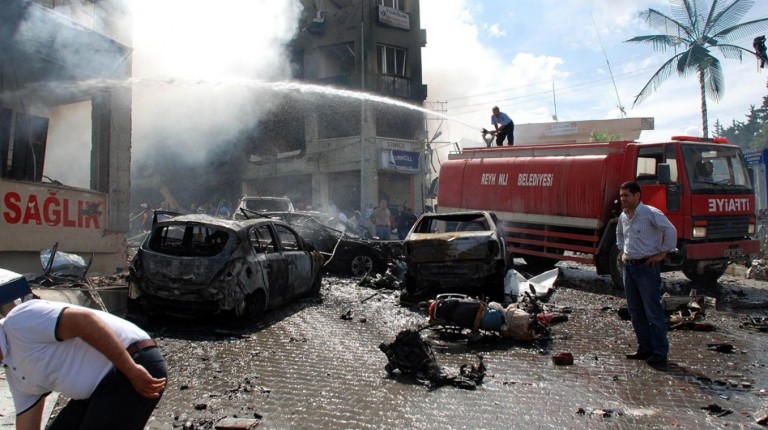 Egypt condemned on Sunday the terrorist attack that took place in Turkey’s city of Istanbul, which left at least 39 Turkish nationals and foreigners dead and dozens injured.

In a statement issued by Egypt’s Foreign Ministry, official spokesperson Ahmed Abou Zeid severely condemned the mass shooting that occurred in the early hours of 1 January in a nightclub by a gunman who is currently being followed by Turkish security forces.

Islamic State (IS) claimed its responsibility for the terrorist attack on Monday, reportedly saying that this attack was a part of a chain of attacks that will be executed by IS in Turkey against Christians.

Abou Zeid stressed Egypt’s consistent stance on the importance of international collaboration to combat terrorism as it threatens the entire world, without separating between religions or ethnicities.

Turkey has witnessed several terrorist attacks over the past year, which is not in favour of Turkey’s economy that has been deteriorating since the failed attempted coup in July.

The Turkish prime minister said following the attack that the assailant escaped from the nightclub amid a stampede from the civilians who were at a state of panic during the attack. Turkish president Recep Tayyip Erdoğan said the attack is an attempt destabilise the country and terrorise civilians. The Turkish minister of interior said the police apparatus believes that only one person is responsible for the attack; however, eyewitnesses were reported as saying that there were more than one assailant.

In December, the Russian ambassador to Turkey was shot dead during a press conference by a police officer in a gallery in Ankara. Also in December, two bombs detonated near a stadium in Istanbul, leaving dozens dead.

The nightclub attack came amid high security measures taken by Turkish security forces. About 17,000 officers were deployed around Istanbul following the continuous attacks that swept Turkey.

Al-Sisi offers condolences to Putin over slain ambassador in Turkey

In Video : Russian ambassador to Turkey assassinated in front of cameras