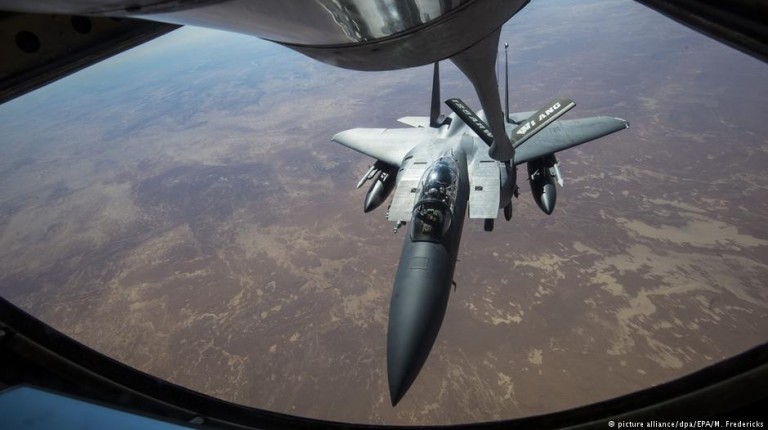 The men had planned attacks on Western targets at the time they were killed, a US official said. Germany has warned of increased attacks on European soil amid large-scale operations to uproot the group in Iraq and Syria.The Pentagon on Tuesday said a US drone strike in Syria killed two leaders of the self-declared “Islamic State” (IS) linked to attacks committed in Paris in November 2015, along with another French militant.

“The three were working together to plot and facilitate attacks against Western targets at the time of the strike,” he added.

The Pentagon identified the militants as Salah-Eddine Gourmat and Sammy Djedou, who partially facilitated the Paris attacks, and French national Walid Hamman, who Belgium in 2015 convicted in absentia for involvement in a foiled terror plot.

The three men were killed when a drone fired on a vehicle transporting them together, Davis said.

Iraqi forces backed by coalition airstrikes have launched a campaign to recapture Mosul after it fell to the “Islamic State” in June 2014.

The “Islamic State” rose to notoriety in 2014, when it took over large swathes of land in Syria and Iraq during a swift offensive. However, the militants have lost a vast amount of territory due to a US-led coalition against the militant group.

The three messages of the US strike on Syria

Global polarisation over US airstrikes against Syrian military