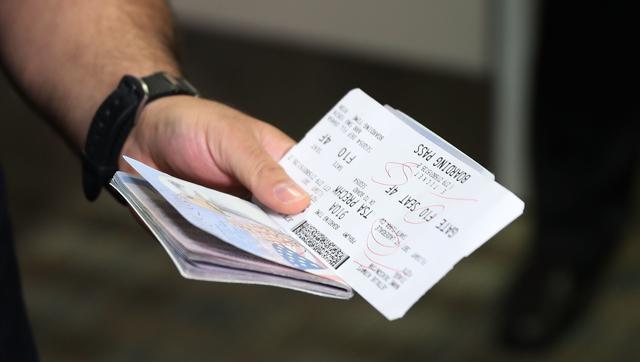 Insurance companies decided to raise the value of risk premiums for covering unpaid tickets starting from mid-December, according to an internal note circulated among members of the Egyptian Travel Agencies Association (ETAA).

The note, of which Daily News Egypt obtained a copy, said that premiums were increased by 100%, from EGP 7 to EGP 15.

An official at the ETAA said that the association tried to negotiate with both companies that cover the risk to provide a grace period of one month, but the request was declined. “The decision will be effective starting mid-December,” he added.

According to the official, ETAA received a notification from the International Air Transport Association (IATA) allowing them to add two more companies to those providing insurance on tickets, increasing the total number of insurance companies covering unpaid tickets to four companies.

He attributed the decision to the rising cost of operations at companies, the result of the Central Bank of Egypt’s (CBE) decision to float the Egyptian pound in early November.

The official predicted that inbound tourism to Egypt would rise in December, compared to previous months, especially given the increase in air traffic coming between Germany and Eastern Europe to Hurghada and Sharm El-Sheikh.

Inbound tourism from Europe accounts for about 72% of the annual tourism traffic to Egypt, while Arab tourism accounts for 20%. The remaining 8% is covered by the rest of the world.

Egyptian tourism has suffered since the Russian aeroplane crash at the end of October 2015. The incident prompted Russia to halt its flights to all Egyptian destinations, and Britain to suspend its flights to Sharm El-Sheikh since the beginning of November last year.