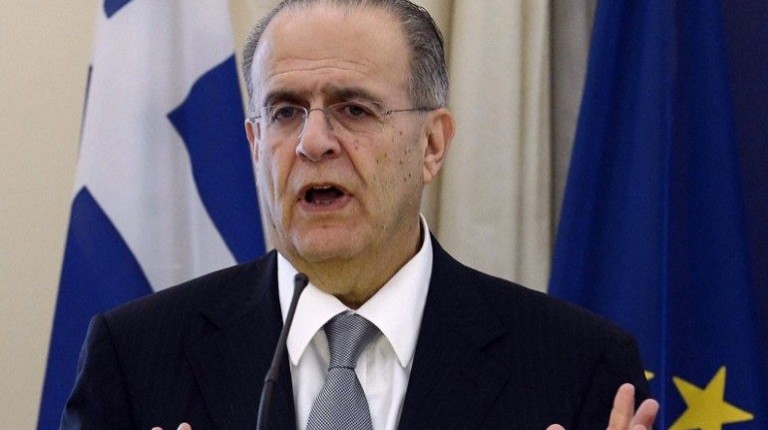 Prime Minister Sherif Ismail met with Cypriot minister of foreign affairs loannis Kasoulidis early on Tuesday in the presence of Egyptian Minister of Foreign Affairs Sameh Shoukry and Cyprus’ ambassador in Egypt to discuss bilateral relations, according to a statement from the prime minister’s spokesperson Hossam Qawesh.

During the meeting, Ismail pointed out the depth of Egyptian-Cypriot relations, confirming that recently these have developed significantly through enhancements in joint cooperation between both countries.

The prime minister stressed the necessity of supporting and advancing cooperation between both countries, especially in energy discovery and natural gas extraction fields, which were at the forefront of their discussions. During the meeting, Ismail referenced scheduling an appointment for the Egyptian minister of petroleum to visit Cyprus to discuss strengthening cooperation in this area.

Ismail further praised Cyprus’ international efforts, confirming that Egypt will continue supporting it to solve its issues in accordance with a United Nations decision.

According to the statement, the Egyptian prime minister discussed Egypt’s ongoing preparations for the Egyptian-Greek-Cypriot tripartite summit, which will be held in Cairo this year. The summit will be used to develop mechanisms of the joint trilateral cooperation between the countries.

Regarding insurance dues of former Egyptian employees in Cyprus, the Cypriot foreign minister suggested allocating an additional amount during the current year to pay those dues.

The officials also reviewed and agreed on several procedures, which include the establishment of olive tree plantations in the Sinai and fish farms off the coast of Egypt, as well as work on activate yacht tourism and tourism programmes shared between the two countries.

Hijacker made ‘incoherent’ demands, including release of prisoners: Cypriot police

The Battle of Larnaca: Egypt’s raid on the Cypriot airport in 1978