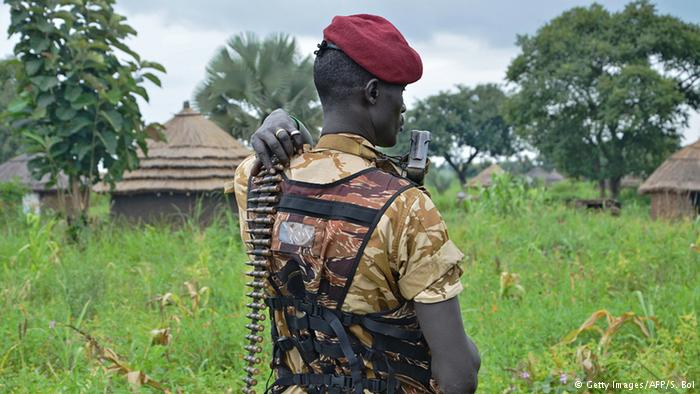 Natural disasters and armed conflicts are a source of destabilization worldwide. In multi-ethnic countries, the two could be linked. Climate calamities could turn smoldering social tensions into conflict.
Conflicts are rarely triggered by one single factor. Natural disasters as such may not be a direct cause, but theycan play a significant role in the outbreak of violence in multi-ethnic countries, a new study published in the Proceedings of the United States National Academy of Sciences has shown.

“Devastating climate-related natural disasters have a disruptive potential that seems to play out in ethnically fractionalized societies in a particularly tragic way,” says lead author Carl Schleussner from the Berlin think-tank Climate Analytics and the Potsdam Institute for Climate Impact Research (PIK).

Almost one quarter of the conflicts taking place in ethnically fractionalized societies coincide with climate disasters like heat-waves and droughts – even without including climate change in the equation. While the relation between natural disasters and armed conflicts might not be surprising, proving it through scientific findings could help to improve security policies.

The identification of natural disasters as an enhancer of armed conflicts in multi-ethnic countries could also be an added motivation to increase awareness of environmental issues and boost climate change mitigation efforts.

Analyzing the economic damage caused by climate-related disasters from the past three decades – from 1980 to 2010 -, and the degree of coincidence between these disasters and armed conflicts within the different countries, scientists have found that natural disasters can particularly increase the risk of conflict outbreak in countries that have a high ethnic fractionalization.

Although armed conflicts are caused by many factors and circumstances, the ethnic fractionalization within the countries has emerged as the most outstanding factor in the search for links between natural disasters and conflict outbreaks.

“We’ve been surprised by the extent that results for ethnic fractionalized countries stick out compared to other country features such as conflict history, poverty, or inequality,” said Jonathan Donges, co-author of the study and co-head of PIK’s flagship project on co-evolutionay pathways COPAN.

Ethnic fractionalization often leads to social tensions that can be quickly turned into armed conflict through a triggering event. The researchers believe ethnic divides may serve as a predetermined conflict line that is easily put under pressure when natural disasters strike.

Donges explained to DW that when a natural disaster hits, the chances for a conflict to happen are directly increased mainly due to significant economic impacts. Then, the natural disaster as such further destabilizes a situation that is already unstable.

However, Juan Carlos Villagrán, head of UN-SPIDER Office in Bonn, told DW that he is not aware of any natural disaster linked to an increase of armed conflicts in multi-ethnic countries. On the contrary, he named several cases in which climate hazards have helped resolving armed conflicts – such as the 2004 Tsunami in Indonesia.

He admits however, that any natural disaster increases poverty and reduces a state’s options to combat it. “Droughts and heat-waves, for instance, do not destroy on a big scale but affect a larger number of people, especially farmers,” he said.

The study highlights that natural disasters boosting the risk of armed conflicts are not necessarily related to climate change. However, the scientists stress that climate change cannot be left out of this chain of violence.

“Under anthropogenic climate change – human made -, the likelihood, the frequency and the strength of climate related disasters will increase,” Donges said. “And certain regions in the world would be more strongly hit by those increases in climate-related disasters than others.”

Some of the most vulnerable regions to climate change – such as Central Africa and Central Asia-, are also characterized by strong ethnic divides, and are amongst the world´s most conflict-prone regions.

“The security risks already present in these countries are likely to be further increased,” Donges said. “Security policies should focus even more on preventing conflicts in these regions.”

Donges highlighted that the research findings should be one more important reason to push strongly to mitigate climate change. Overall, the team of researchers believes that identifying ethnic fractionalization and natural disasters as factors which increase the risk of destabilization are an important step towards reaching peace.

“We have shown that there is a relation between security policies and climate policies,” Donges stated. “And that peace is a very important co-benefit of climate stabilization.”

Indonesia tsunami kills around 222 so far, many missing

Brexit makes it harder to dole out EU climate burden

Republican platform aims to dismantle US environment and climate laws