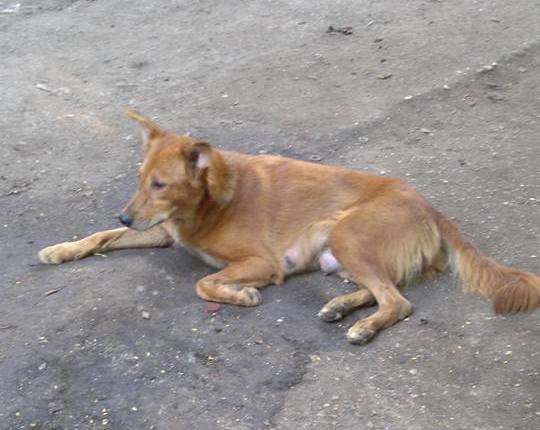 Over the years, many people have considered advocating for animal rights as an unimportant luxury, especially in a country such as Egypt where more than a quarter of the population live below the poverty line and struggle to earn enough to get by. Thus, individual and institutional animal rights advocates have struggled to overcome the government’s somewhat lacking role in providing care for animals in Egypt.

“We have a crisis management problem in Egypt and the unavailability of resources in different governorates makes things worse,” said Dina Zulfakar, one of the leading advocates for animal rights in Egypt.

“We [animal rights advocates] were so happy when Article 45 was introduced to the Egyptian Constitution for the first time to support animal rights. Unfortunately, however, authorities don’t seem to be concerned with this article and don’t pay attention to it,” she added.

The article, in addition to prohibiting pollution in certain seas, lakes, and other natural areas to preserve wildlife, promotes the kind treatment of animals, the protection of endangered species, and the appropriate handling of livestock, poultry, and fish.

Thus, animal rights groups filed a case against the government to stop killing stray dogs on the street with poison that was proved to be devastating for the environment as of December 2014. “What happens has nothing to do with religion, science, or humanity, and this is a real waste of time. The government must impose some laws that are consistent with the new article that was recently added to the Constitution. However, the government still works with the old law from 1966 which is now outdated,” Zulfakar noted.

Additionally, she believes that the phenomenon of escalating violence in society starts with crimes against animals, which is then reflected in violent behaviour against children, before moving to the whole society. “Since 21 July, we [animal rights advocates] have been calling different institutions to try to save a dog which remains stuck under heavy stone blocks on Cleopatra beach in Alexandria. [The dog] is a soul that was created by God and needs to be saved urgently,” she said.

Despite the shortcomings when it comes to animal welfare, Zulfakar is satisfied with how the Ministry of Environment dealt with the beached whale that was found in Marsa Matrouh. The authorities were contacted and the problem was solved in less than six hours. In her opinion, this accident sounded the alarm on how difficult it would be to save a child or an animal, even if given the available sources.

“Animal rights advocates in Egypt, whether individuals or NGOs, suffer a great deal because there is no clear law that prevents violence against animals. Sometimes, we find ourselves in confrontations with people who have never even thought of treating animals with mercy. However, we have to thank the Egyptian police for providing some help and support in some of these cases,” she said.

Of the many charitable organisations that work to protect wounded animals and find shelter for stray cats and dogs, the Society for the Protection of Animal Rights in Egypt (SPARE) is the most prominent.

According to their official website, the society was founded in 2001 and provides care for animals that are abused, tortured, and mishandled due to ignorance, poverty, or often simply for the sake of amusement. The website also presents useful information on the ways to make a complaint about animal cruelty and handle lost, injured, or stray animals. In addition to this, it explains the different poisons that may harm different animals and the way in which one should act in an emergency. In addition to facilitating the adoption procedures of animals, the society also offers expert veterinary care at its clinic at reduced prices. It furthermore provides contact information for people looking for shelters for stray animals.

Balkan Lynxes – the last of their kind