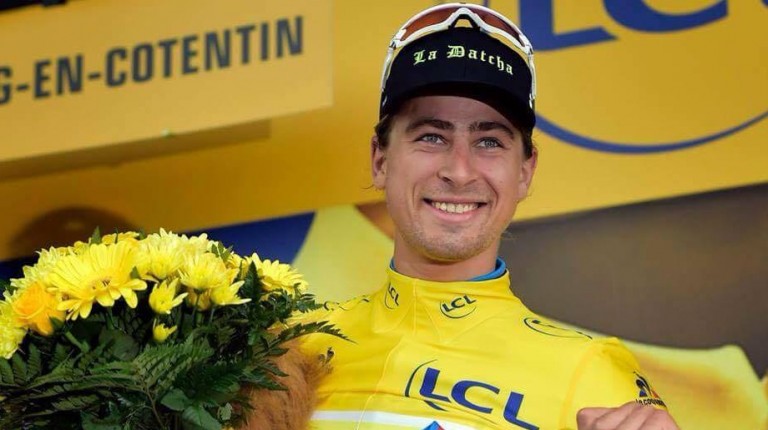 Sagan won the 183km second stage of the tour, a hilly stage, and as a result was given the yellow jersey that is worn by the current leader of the tour.

This achievement was a huge event for Slovaks as no Slovak cyclist had worn the yellow jersey of the Tour de France before.

He won the Tour de France’s green jersey four times in a row, starting in 2012 during his first participation in the tournament—a  fact that made experts believe that he is one of the most remarkable contemporary cycling talents. The green jersey is awarded to the cyclist with the highest amount of points given for high finishes and winning intermediate sprints.

2015 was a fruitful year for Sagan, receiving the title of world champion after winning the men’s road division at the 2015 UCI Road World Championships held in Virginia, United States Virginia. This victory also enabled him to wear the rainbow jersey designed for the winners of the world championship for one year.

Back to the 2016 Tour de France, nine stages out of 21 were concluded.  The UK’s Mark Cavendish won the 188km first stage, a flat stage. He also won the third and sixth stages, which were flat stages, 223.5km and 190.5km, respectively.

Peter Sagan: ‘The key is not to think about it’