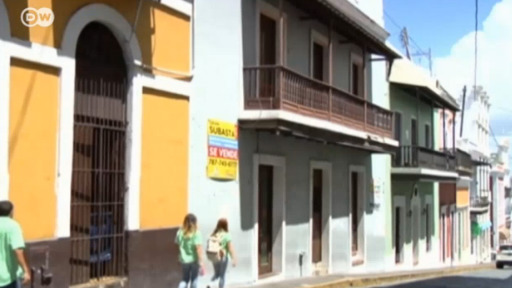 Puerto Rico has suspended all payments on its multi-billion dollar debt after US President Barack Obama signed a law creating a federal oversight board to negotiate the restructuring of the island’s arrears.
Puerto Rico’s governor Alejandro Garcia Padilla announced Thursday that his administration had stopped all payments on the country’s massive debt to the tune of $70 billion (63 billion euros). The announcement came just one day before the US territory was due to make $1.9 billion worth of debt payments on July 1, including some $780 million in constitutionally-backed, general obligation bonds (GO).

Garcia also signed executive orders that expand a state of emergency to four other government agencies, including the island’s biggest public university and its biggest pension fund that is more than 99 percent underfunded.

The measures were necessary to “ensure essential services,” the government said in a statement, and would prevent that the “limited resources available can be seized by creditors.”

It stipulates that an oversight board will have the authority to facilitate consensual restructuring talks, or allow Puerto Rico to slip into a court-supervised bankruptcy process. It will also oversee and monitor the implementation of sustainable budgets.

Most importantly, however, PROMESA puts a stay on litigation in the event of a default, meaning the country will be spared costly court battles with creditors similar to those experienced by Argentina last year. The stay is retroactive back to December 2015.

US Treasury Secretary Jacob Lew, who has led the Obama administration’s efforts on the Puerto Rico crisis, said Congress stood firm and resisted “calls from financial interests to undermine this effort every step of the way.” That was an allusion to the heavy pressure that some creditors, notably hedge funds, have asserted in Congress to block a bankruptcy-like mechanism that could force a writedown in the value of their bond holdings.

With a debt of about $70 billion, the island is basically bankrupt. Much of the territory’s debt is owed by the Government Development Bank (BGF), which only has assets worth $562 million left.

Before signing the rescue deal, President Barack Obama said his administration wanted to make sure that Puerto Ricans get the help they needed. “There is still some tough work that we are going to have to do to dig Puerto Rico out of the hole that it’s in,” he added.

Puerto Rico, a former Spanish colony, belongs to the United States since 1898. It has the status of a US local government with a legislature and governor. The island’s natives have American citizenship but cannot vote in US presidential elections if they are Puerto Rico residents.

The country has been in an economic recession for roughly 10 years, when manufacturing jobs started leaving the territory after certain tax credits expired. The downturn worsened in the aftermath of the 2008 financial crisis, resulting in an unemployment rate of 12.2 percent and the highest poverty rate in the US. Residents have been leaving the territory in search of new economic opportunities.

Puerto Rico – ‘Greeks’ of the Caribbean

Asteroid closes in on Earth fly-by

Can we increase gross national happiness?