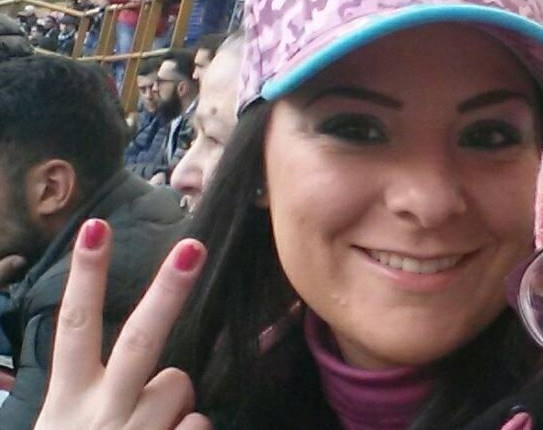 “Egyptian boy…where are you?” That was the name of the Facebook page a young Italian woman, Roberta Martino, created after experiencing love at first sight with an Egyptian man when they first met near Cambridge Circus in London in New Year’s Eve.

Creating a social media campaign was Martino’s last option after many failed attempts to find any information about a guy whose name she doesn’t even know. However, that has not stopped her from thinking about him for five months.

“I’m an Italian girl, and I’m looking for an Egyptian boy I met on New Year’s Eve after the fireworks in London. He stopped me in Shaftesbury Ave at 1.00am. Please help me find him!” Martino posted on the page, seeking people’s help to reach any information about the guy she cannot take off her mind.

The 30-year-old Italian on New Year’s Eve was calmly walking down the street and heading back to her hotel when she met a boy that looked at her dazzlingly. “We looked at each other while we were walking in separate ways. A few seconds later, after I took my eyes off him, I looked again and he was still looking at me. It happened again for a third time before I found him near my shoulder, initiating a conversation with me,” Martino recalled.

“We only talked for a couple of minutes. He stopped me to ask where I was going because I was with a friend who was tired, but I apologetically told him that I don’t speak English well. That’s when he asked me where I am from. After I answered, I asked him as well and he said ’I’m from Egypt’,” Martino told Daily News Egypt.

After the two-minute chat, each walked away in their own direction. Martino, however, was left with a heart full of love for a man she barely knew. “I was too shy to ask for a number or name or anything else because I had my heart in my throat!” she commented.

“It was love at first sight for me but the only thing that I know about him is that he’s from Egypt. We didn’t talk much because my English is a disaster,” Martino said, while describing the details of him. “I think he lives in London because he spoke perfect English. He’s approximately 30-years old and he’s tall, about 180 cm, and his eyes are a colour between brown and green.”

For five months now, Martino has been asking people to help locate him using the only details she knows about him. She has posted pictures of herself on the page in order to see to remind him of what her face looks like if he happens to come across the page. Martino insists that she won’t give up unless she finds her “one”.

“This is the exactly place where he stopped me last New Year’s Eve at around 1.00am, close to the Odeon Cinema on Shaftesbury Avenue. The first and last time I heard the sweetest voice and saw the most beautiful eyes of the world,” Martino said, while posting a picture of the suburb in which she met the Egyptian man.

However, her sweet attempts to find the man she fell in love with has not stopped many other Egyptian men from offering themselves to her. For Martino, they are not the man she is looking for. “Don’t text me if you cannot help me! I do not want to meet other Egyptian boys. I have just him in my mind and in my heart,” she said in one of her Facebook posts.

Ever since I started the page back in January, I sent privates massage to over 5,000 people from groups of Egyptians in London or in UK in general. However, I was only met by Egyptian men who think that I want to be in a relationship with any Egyptian guy, Martino said.

By attaching her personal Facebook account and calling people to help her getting closer to the man of her dreams, Martino asks people to share her Facebook page on their walls, hoping that eventually she’ll successfully meet her one and only.

Facebook algorithms – we don’t need to let them control us