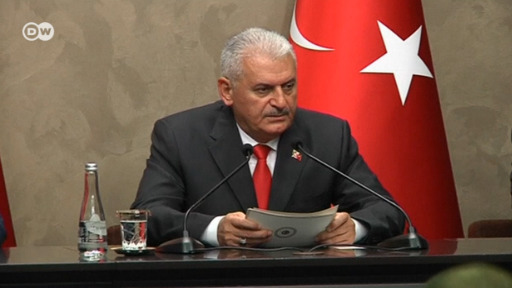 Turkey has threatened to stop serving as ‘a barrier’ for Europe’s problems after German lawmakers recognized the Ottoman-era massacre of Armenians as genocide. Erdogan has strongly condemned Berlin’s move.
Turkish President Recep Tayyip Erdogan on Saturday warned that his country’s position on the Armenian deaths during World War I would never change.

“I am addressing the whole world. You may like it, you may not. Our attitude on the Armenian issue has been clear from the beginning. We will never accept the accusations of genocide,” Erdogan said in a televised speech.

He also called for Ankara to be treated fairly when it comes to solving shared problems, otherwise “Turkey will stop being a barrier in front of the problems of Europe. We will leave you to your own worries,” he said.

Germany’s Bundestag on Thursday backed a resolution labeling the massacre of up to 1.5 million Armenians at the hands of Ottoman forces in 1915 and 1916 as genocide.

The vote came at a sensitive time for German-Turkish relations, with both countries working to implement a deal aimed to curb the number of migrants reaching Europe. In his speech, Erdogan insisted that the genocide vote would not affect the EU-Ankara agreement, but he did warn that Germany could lose “an important friend.”

In comments published in Turkish media earlier on Saturday, Erdogan slammed German Chancellor Angela Merkel for failing to prevent the genocide motion from being adopted.

“Now I wonder: How will German leaders be able, after such a decision, to face me and our prime minister in person?” he asked.

Immediately after Thursday’s vote, Turkey recalled its ambassador to Berlin and vowed to respond with further measures. Erdogan on Saturday didn’t specify what those measures could be, stating only that it was “too early” to talk about economic sanctions against Germany.

In a more scathing part of his speech, Erdogan said Germany, given its history, was in no position to make genocide allegations. He suggested Germany should re-examine the slaughter of indigenous Namibians under the German Empire over a century ago, which Berlin has yet to officially term a genocide.

The Turkish government acknowledges that many Armenians were killed by Ottoman soldiers, but it rejects the term genocide. It insists the Armenian death toll was much lower than reported, and that people on both sides died as a result of wartime unrest.

Modern Turkey emerged in 1923 after the collapse of the Ottoman Empire, and the events leading up to that point have become part of its national identity narrative.

Thursday’s resolution also recognized that Germany, a military ally of the Ottoman Empire during the First World War, “bears partial responsibility” because it did not stop the Armenian killings.

‘Apart from Erdogan, there is a great, modern Turkey’