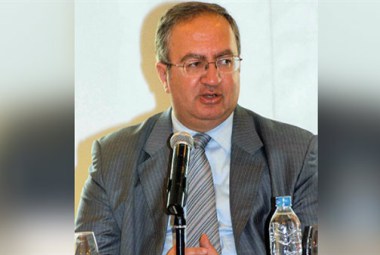 These markets have plenty of opportunities for growth and will help to achieve added value by acquiring foreign entities to cover these markets, he said.

The new deals announced by the company come in parallel with its efforts to acquire the investment bank CI Capital and there are other plans for further deals, El-Torgoman said.

Completing these deals will not hinder the company in proceeding with the acquisition of CI Capital.

Beltone signed an agreement with US firm Auerbach Grayson to acquire 51% of the company, as announced in a press release on Wednesday evening. Auerbach Grayson is specialised in providing brokerage services in securities and financial research.

There have been reports that Beltone is negotiating with two companies specialised in financial asset management in both Europe and the United States. Choosing one of the companies will rely on the advantages of the agreement after negotiations with both of them.

El-Torgoman explained that the two asset management companies are working in emerging markets. Acquisition of a controlling stake of either company will achieve the goal of integration sought by Beltone through the acquisition of Auerbach Grayson, as well as the coverage of Beltone in Middle East markets through its headquarters in Egypt and Dubai.

Beltone awaits completion of the study on the fair value of the Auerbach Grayson and the approval of the Financial Industry Regulatory Authority (FINRA) to implement the deal.

According to Auerbach Grayson’s website, the company’s services cover 123 markets around the world including about 23 markets in sub-Saharan African such as in Ghana, Nigeria, and Senegal. The company works in 21 markets in Eastern Europe, in addition to covering markets in the Middle East, North Africa, the US, Australia, and Western Europe Markets.

El-Torgoman said that the expansion plan, which is being implemented, aims to render it one of the largest investment banks in emerging markets. This will enable brokerage and asset management to enhance the company’s strength to win promotion propositions services inside and outside Egypt. The plan will also enable expansion in the provision of financial advisory to merger and acquisitions deals.

Beltone relies on financing the expansion plan through self-financing sources. These sources will be managed through the implementation of several operations to increase its capital according to each transaction.

The Egyptian Exchange (EGX) decided to postpone introducing Beltone’s disclosure report to increase the company’s capital of EGP 1bn on the EGX Listing Committee. This is until Beltone’s submission of a study that includes the uses of the capital increase and the auditor’s report on the increase.