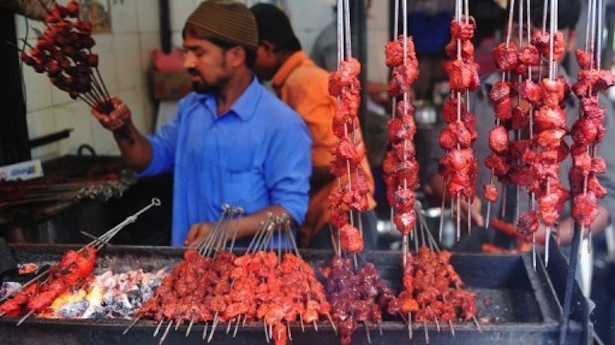 In an unusual survey carried out by The Egyptian Centre for Public Opinion Research (Baseera), most of the tested sample of Egyptians believes they have eaten donkey meat.

“We asked Egyptian citizen; do you think that you ate donkey’s meat before?,” head of Baseera Centre Maged Osman told Daily News Egypt.

The survey was taken upon a sample of over citizens over 18 years of age from all over Egypt’s governorates, all of them answered “yes”.

By taking the ratio of the sampled people, Baseera calculated according to its technical equation and applies it unto the entire population of Egyptians. Based on the 1,050 who took part in this particular survey, Baseera calculated that in conclusion, approximately 4.3 million Egyptians in total believe they are cheated and eat donkey meat.

Osman said the main target of this survey is to alert authorities of the necessity to impose strict censorship over food that being sold by street vendors without any governmental license or censorship over their products. If the citizens do not trust them, then it is a very bad sign.

He called for campaigns directed by media platforms to face this issue all over Egypt and represented in the phenomena of street vendors.

The centre issued an official statement indicated that the survey was done in December 2015 and there was only a 3% margin of mistake.

Bassera Centre is an independent and private NGO for evidence-based public opinion research. Established in April 2012 in the aftermath of the 25 January Revolution in 2011, Baseera is committed to providing researchers, policy makers, business leaders, and the general public with reliable information on public attitudes and trends concerning influential policy matters.

Municipal councils’ licences behind widespread use of donkey meat in restaurants: Al-Kerdany

Four charged in Egypt with feeding donkeys to pet lions

Donkey and dog meat on sale in slums