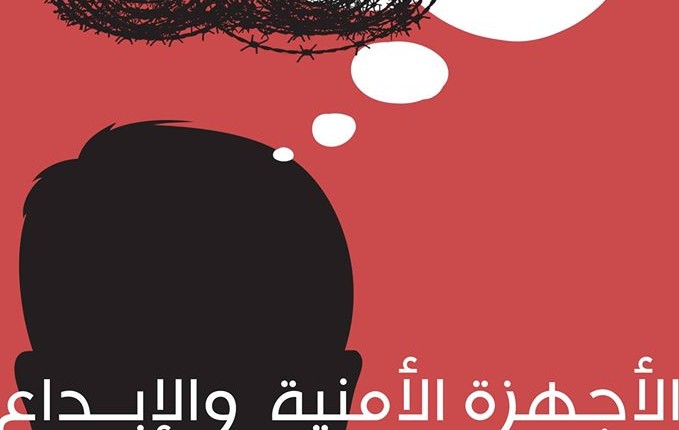 The Association of Freedom of Thought and Expression (AFTE) released Sunday a report documenting numerous violations against parties involved in Egyptian cultural production committed by Egyptian security forces in intervening period between 2006 and 2016.

AFTE Researcher and the report conductor Hossam Al-Faz told Daily News Egypt that the report is part of a series of reports previously conducted and published by the association which recorded other security violations against freedom of expression and thought.

Al-Faz explained that this report focused on the high number of restrictions imposed on artists, intellectuals, and researchers.

“The intervention of the security services and the subsequent censorship process is a violation of the law, the constitution, and all international conventions for the protection of the freedom of creativity and artistic expression,” he said.

The report discussed the restrictions on films, books and attempts to arrest intellectuals and attack their houses.

Despite the Censorship Apparatus for Artistic Work (CAAW) being the only authority assigned to accept or reject any artistic work under Egyptian law, the National Security Apparatus continually interferes in the oversight of artistic works, purportedly to ensure artistic content does not oppose the current regime.

According to the executive regulation issued by the prime minister, CAAW should pass on all work, including critical content, to the National Security Apparatus and ministries of interior and defence for evaluation and the final decision over publication.

The report provided several examples of films that were banned or had parts censored due to scenes containing controversial or sexual content.

In 2010, film maker Khaled Youssef  created a film called The Marshal and the President, whose final approval was delayed for several weeks, as the CAAW  awaited approval from general and military intelligence approval. The long wait prompted Youssef to file a lawsuit with the Administrative Judiciary Court against the CAAW.

Another film Yahoud Masr (Jews of Egypt), directed by Amir Ramses, was banned from broadcast by the National Security Apparatus, despite receiving CAAW’s approval.

It is not only film makers who encounter such restrictions and violations but also authors and publishers.

There is a law which stipulates that only the CAAW has the authority to approve or deny the publishing of a book, and that confiscating books without legal permission is a violation.

The report explained the ways in which the National Security Apparatus confiscatse books and other works, such as seizing them on entry into Egypt, through customs, or removing them from bookstores and libraries.

AFTE reported that, over that past 10 years, the state confiscated several books which address religious matters. Confiscated books include memoirs by Adbel Ghaffar Mohamed confiscated in 2007; a book by Hamdy Al-Asiouty and Magdy Khalel was banned for contempt of religion in 2015; The Leader Having a Haircut by Ali Idris was banned in 2010; and ElBaradei and the Dream of a Green Revolution by Kamal Ghabrial was confiscated in 2009.

The report further discussed attacks by security forces on publishing houses as well as authors’ homes. Waad publishing house was raided in 2010 and its owner Gamili Ahmed Shehata was arrested; all novels by Ali Idris were confiscated, as his 2010 novel features a critical depiction of the Gaddafi regime. This came a day before the Egyptian-Libyan summit between former president Hosni Mubarak and Muammar Gaddafi.

In April 2010, police attacked the home of Ahmed Mahna, head of Dar Dawin Publisher, one week after he published ElBaradei and the Dream of a Green Revolution.

Security forces also terminated artistic events. The Ministry of Interior cancelled a festival in 2010 which was organised by a group of Egyptians campaigning against religious discrimination; the aim of the festival was to confront sectarian tension that was pervasive at that time.

The report concluded by discussing the security crackdown and referring to examples of researchers, scholar, graffiti drawers, intellectuals and journalists who have suffered for their art following the 25 January 2011 Revolution.

Topics: AFTE security violations The Association of Freedom of Thought and Expression

782 documented violations against journalists in 2015

366 violations against freedom of press in second half of 2015: AFTE

Report details internet and social media use among Egyptians