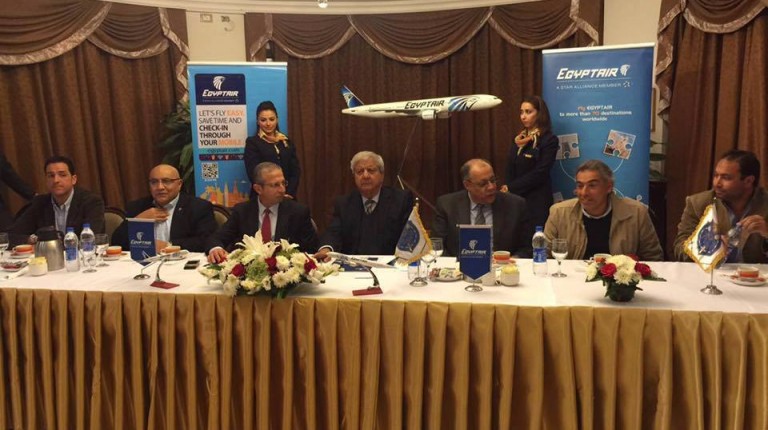 Heliopolis Sporting Club (HSC) and EgyptAir signed a cooperation protocol making the latter the official transporter of the club’s teams to international championships.

The protocol also stipulates that EgyptAir will provide all facilities for the HSC’s sports teams. Meanwhile, HSC will join EgyptAir’s marketing campaign and develop advertisements with the airline to be posted in the club’s two branches, located in Heliopolis and Shorouk City.

EgyptAir was severely impacting following several events in Egypt, such as the October crash of the Russian airliner, which caused tourism to suffer. The protocol marks a positive step for the national carrier.

HSC has made previous efforts to revive Egypt’s flailing tourism industry. During the 24th Heliopolis International Water Polo and Synchronized Swimming Tournament held at the Heliopolis Sporting Club (HSC) from 16-20 September, HSC organised a cultural tour for the international water polo and synchronised swimming teams participating in the tournament: the Hungarian clubs of Szentes and KSI, the Serbian Partizan club, the German Potsdam club, and the Russian St Petersburg club.