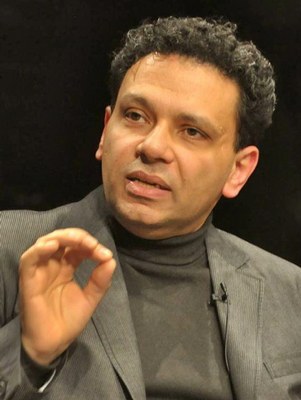 By Noha Ghanem and Mahmoud Mostafa

Egyptian-German researcher Atef Botros was held by airport security for about seven hours on Friday night, when he attempted to enter the country at Cairo International Airport.

Botros’ stopping repotedly came as a result of an alert from the Egyptian Embassy in Berlin. The embassy claims that he represents a long-standing security risk.

Airport security officials told the researcher that he is banned from entering Egypt for life. The researcher has launched a sit-in in refusal.

Botros, who has been lecturing at the University of Marburg in Germany since 2007, is known for being one of the founding members of Mayadin al-Tahrir (Tahrir Squares), an NGO that aims to extend cultural and educational services to low-income areas.

Since 2000, the Egyptian-German professor has been teaching German literature, with a focus on Czech-German writer Franz Kafka. In his thesis, he analysed Jewish aspects in Kafka’s work.

Last week, an Egyptian Deutsche Welle (DW) Akademie trainer Walid El-Sheikh was also held and investigated in the Cairo International Airport upon security reports concerning his participation in protests and his membership in Mayadin Al-Tahrir organisation.

According to El-Sheikh, the organisation, which consists of 25 members and was founded by Botros and others, is focused on cultural activities.

El-Sheikh told Daily News Egypt on Saturday that security reports compiled by Egyptian embassies abroad is “a continuing habit from the past”, adding that recently the security interventions have escalated.

Last November, Ismail Alexandrani, a socio-political researcher, investigative journalist, and expert in extremist and Sinai affairs, was detained upon his arrival in Hurghada airport from Berlin, after the Egyptian Embassy in Berlin issued a memorandum against him.