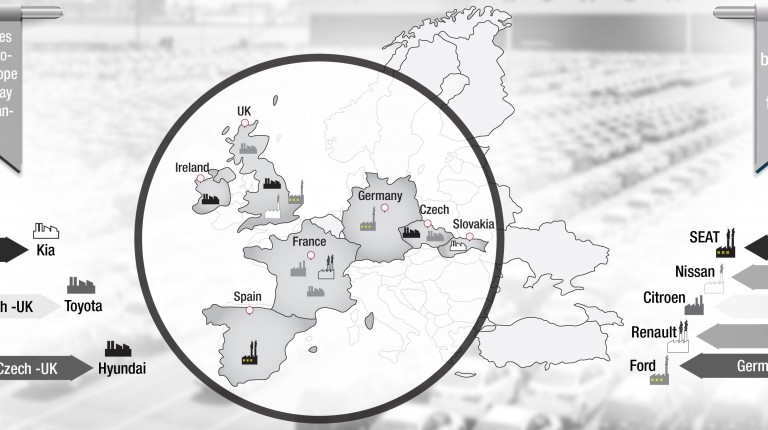 The recent news published by Daily News Egypt on the expected exemption of European cars of less than 1,300 CC engines from customs tariffs has led to panic in the market.

Daily News Egypt reported that the Customs Authority would be exempting cars of European-origin with capacities of 1,300 CC or less from customs in compliance with the EU-Egypt Association Agreement, according to a source at the Ministry of Finance.

However, dealers and agents appear to be unaware that, in 2008, when the agreement was signed, the Egyptian Customs Authority divided the agreement into a number of terms, the most prominent of which designates the 10% customs cuts over several categories.

At the time, no one predicted the breakthrough in the motor industry in 2014, which saw international automotive companies introducing engines with a “Turbo” capacity of 1,200 CC.

As the agreement came into force in 2008, customs cuts on 1,300 CC models reached 100%, as confirmed by the head of the Agreements Department at the Egyptian Customs Authority, who did not expect that there would be a large influx of European cars in this category and hat they would therefore be subject to the cuts.

He added that the authority contacted the Ministry of Trade and Industry, as the signing party on behalf of Egypt, seeking a memorandum directed to the authority to activate the exemptions for the first category, less than 1,300 CC, and to begin applying the cuts on the second category, 1,300 CC to 1,600 CC).

Decision to be made within days

An official at the Ministry of Finance told Daily News Egypt that European cars with a capacity of 1,300 CC or less will be fully exempt in the next few days, under section four of the agreement, which came into effect in 2008.

The source said section five of the agreement includes cars with capacity of over 1,300 CC, which came into force in 2010, and will continue to see customs cuts until 2019.

Beneficiaries of the cuts and exemptions

Though some agencies have Asian and American brands, their cars are produced in Europe; therefore, they are subject to the agreement and will thus be affected by the decision to waive customs on the less-than-1,300 CC category of cars.

Nonetheless, the decision will benefit only a small number of automotive manufacturers in the Egyptian market, as the number of cars in this category is very low. At the top of these companies comes Seat, with its 1,200 CC Leon, Ibiza, and Toledo models, which are produced in Spain.

The 1,200 CC French Renault Captur will also benefit from the agreement, followed by Citroën’s 1,200 CC Nemo, produced in France.

The Ford Ka 1,200 CC model is also among those that will benefit from the decision.

Auto Gameel, Ford’s agent in Egypt, introduced the car at the Automech-Formula Cairo International Automotive Exhibition last year. Though the car has not been released on the market, Gameel may officially launch the model after the exemption comes into force.

Nissan also benefits from customs exemption in providing its 1,200 CC Qashqai model, which is the only Nissan model produced in the United Kingdom.

The 1,200 CC MG 3 will not be benefit from the exemption, as it is imported to Egypt from China, not from the United Kingdom.

The second quarter of this year may see new models entering Egypt to benefit from the decision.

Companies that do not have factories in Europe, especially the Korean Hyundai and the Japanese Toyota, may reconsider benefiting from exemption for their models, such as Hyundai’s I10.

Asian models can benefit from exemption if exported to Egypt from factories in Europe, such as in Ireland, the Czech Republic, and the UK.

Toyota can benefit from the exemption if it exports its 1,300 CC Yaris model from its factories in France, the Czech Republic, and the UK.

Kia’s 1,200 CC Picanto can come to Egypt from the company’s factory in Slovakia, which is where its Cee’d model is assembled.

CPA to develop strategy to control auto market with manufacturers