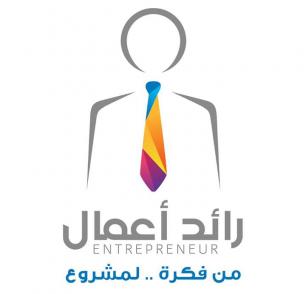 In spite of the crises the Egypt economy has been facing, including the lack of dollars, among other issues, the entrepreneurship and startups sector has shown relative stability, and manages to stimulate interest among numerous foreign investors.

Four acquisition and investment deals were made by foreign investors for Egyptian companies in 2015. Perhaps the most prominent among those deals is the acquisition of Fawry Company for $100m, which operates in the field of electronic payment solutions. The deal signifies that the sector of entrepreneurship is still attracting investments, in spite of the economic challenges and the obstacles it is subject to.

Founder and CEO of KI Angel Fund, Khaled Ismail, believes the business of entrepreneurship and startups in Egypt is still taking its first steps in comparison to a lot of European countries and the US. This has encouraged foreign investors to view it as a market full of promising investment opportunities.

Egypt has a large market, with a population of about 90 million, most of them youths. This raises the opportunity for the emergence of creative ideas that are based on innovation. Although not all the ideas achieve success, these ideas significantly contribute to the growth of the sector, Ismail said.

The higher the number of the innovative ideas and startups, the more the companies that are able to achieve success and attract foreign investments, he said. The global percentage of startups that are able to succeed and exceed from the growth stage to turn into a regional or international company is no more than 10%, he noted.

Khaled expected that 2016 will witness more investments in the field of entrepreneurship by foreign and local investors worth approximately $300m to $400m.

CEO of Yaoota search engine Sherif El-Raqabawy said his company obtained an investment worth $2.7m from the Emirati fund KBBO in 2015, which indicates the success of Egyptian companies based on innovation and attracting attention from foreign investors.

El-Raqabawy plans to use the investment to expand the base of his users in Egypt and expand in the Gulf region, particularly the UAE and Saudi Arabia in 2016. Yaoota attracts more than 100,000 users monthly.

Ameer Sherif, CEO and founder of Bashar Soft, which owns Wuzzuf, specialised in recruitment through the Internet, believes entrepreneurship is still achieving success in the Egyptian market. This encourages the youths to seek establishing companies based on creativity and helps increase the number of innovative companies, which will allow more companies capable of penetrating the global markets to appear.

Wuzzuf is planning to expand in both the UAE and Saudi markets starting in 2016 by using the $2m investment the company recently obtained from the Swedish company Vostok New Ventures and the British company Piton Capital, in exchange for 25% of the company’s shares.

The company now provides more than 2m vacancies through 5,000 companies, and allowed 55,000 users to find jobs. The company plans to increase this number to one million by 2020.

Egyptian company Silicon Vision, specialising in the fields of radio frequency intellectual property, was acquired by the American company Synopsys, which specialises in the field of electronic design automation.

The acquisition deal came after Silicon Vision succeeded in developing Bluetooth Smart wireless IP solution technology, a unique technology in applications of the Bluetooth Smart IP, representing a leap in the field. This attracted Synopsys to acquire this technology.

Fawry was also able to close a deal worth more than EGP 800m by selling the majority of its shares to the Egyptian-US Enterprise Fund (EAEF), allied with Helios Investment Partners and MENA Long-term Value Fund.

Fawry provides users with a safe electronic tool to check and pay their bills, in addition to payment services through different means, including points of sales, ATMs, and payment through mobile phones.

Fawry contracts with 12 banks for e-payments via mobile phone

Who leads the world in creativity and innovation in 2016?

US contributes $45m for new entrepreneurship and employment programmes in Egypt