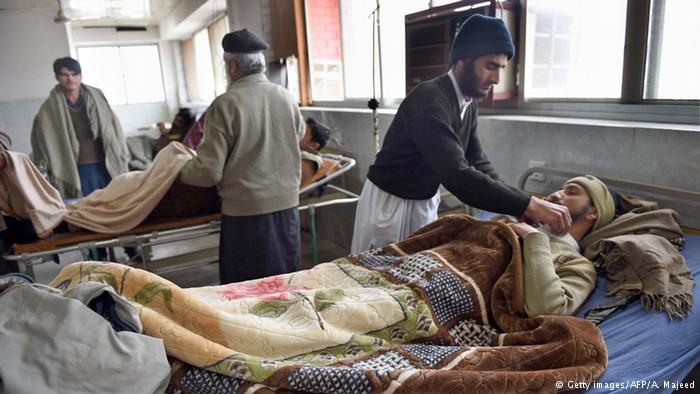 A strong earthquake has shaken Afghanistan and Pakistan, as well as northern India. Dozens have been injured across the region, although no fatalities have been reported as of yet.
An earthquake hit parts of Central and South Asia on Saturday, leaving dozens of people injured.

According to the US Geological Survey (USGS), the center of the 6.3-magnitude earthquake was about 280 kilometers (174 miles) northeast of the Afghan capital of Kabul.

In Afghanistan, at least 12 people were hospitalized following the quake, although most have already been discharged.

The quake was also felt in parts of Pakistan and India.

In the northern Pakistani city of Peshawar, some 30 people were injured. No deaths have been reported.

A 7.5-magnitude earthquake hit Pakistan and Afghanistan in October, killing 400 people. More than 18,000 buildings were damaged in the catastrophe.

Italy after the earthquake: Why has God done this to us?

Can Iran’s Rouhani win over Pakistan?

China’s most famous artist abroad: Who is Ai Weiwei?

Earthquake felt in Cairo, other governorates