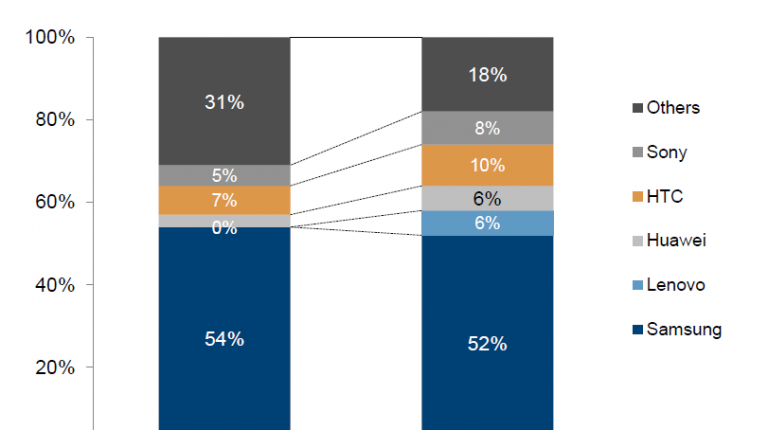 “IDC” Foundation for Research and Consulting issued a report that showed that sales of smart phones accounted for 50% of the sales of mobile phones in the Egyptian market during Q3 of 2015.

Smart phones seized control of 91% of mobile sale revenues locally, while the share of common mobile devices was only 9%.

According to the report, Samsung acquired 52% of the smart-device sale revenues during Q3 of 2015 compared to 54% during the same period last year.

On the other hand, “IDC” Foundation showed that the smart devices that are run by Android, account for the largest sales share within Q3 of 2015. It acquired a share of 92.6% from the third quarter sales, while the operating system “IOS” accounted for 3.2% as a share of sales, and “Windows Phone” for 3.2%.