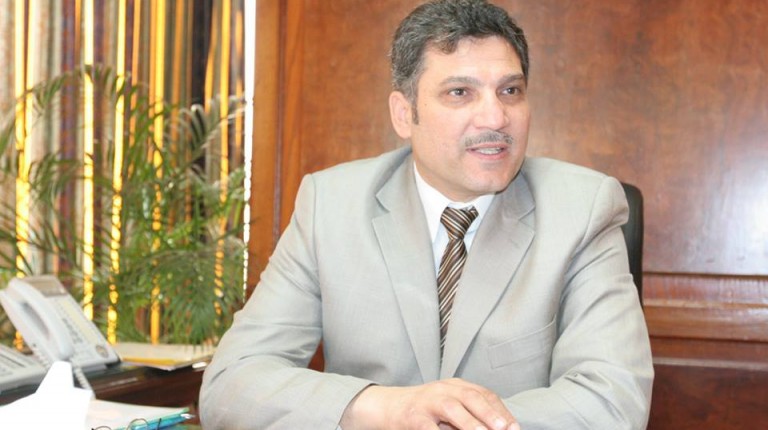 A delegation representing Egypt in the Grand Ethiopian Renaissance Dam (GERD) talks sent a detailed report to the presidency and cabinet on the latest tripartite meeting, Minister of Water Resources and Irrigation Hossam El-Moghazy said on Sunday.

El-Moghazy noted that the report reviews the results of the discussions on the technical and political aspects of the dam.

“The pace of the GERD’s construction is going much faster than talks,” El-Moghazy said. Ethiopia has completed 48% of the construction, but only 20% of the internal structure of the dam where the water will be stored, he added.

The long-awaited first tripartite meeting, held on Friday and Saturday in Khartoum between Egypt, Sudan and Ethiopia failed to reach a common agreement on the GERD’s technical measures in terms of each country’s share of Nile water. Yet, El-Moghazy refuses to describe the meeting as “failure”, as he said it was the first round and the talks were intense.

According to El-Moghazy, the meeting tackled the concept agreement, and all Egypt’s concerns that will be further tackled in the next round of talks on 27-28 December. Moreover, the upcoming talks will discuss the technical steps in building the dam.

Meanwhile, the Dutch office withdrew from working on the technical studies for the dam, refusing to work with its French counterpart, and Egypt was delegated to search for an alternative.

Researchers and former officials disagree over whether to prioritise technical aspects of building the dam over the political and legal measures behind it. However, they all expected the talks will fail to reach an agreement from the first round.

Former water resources minister Nasr Allam told Daily News Egypt: “Ethiopia succeeded in the technical aspect but failed at the political and legal level as the GERD’s status is illegal; no prior notice to was given to Nile Basin countries before its construction.”

“Egypt has wasted a lot of time discussing the technical measures of the dam, ignoring the legal aspect of it, and the statements were too optimistic,” he added.

Allam expects the next round of talks will not be held at the scheduled date, and a legal measure will be taken instead.  According to him, Egypt has also given up its right of engaging international experts in the technical committee from the very beginning.

On the other hand, water resources professor Nader Nour told Daily News Egypt: “The issue is purely technical and Egypt failed to acquire guarantees of safeguarding its water share.”

According to Nour, after the completion of the dam’s construction, the situation is expected to get worse, as Ethiopia could compromise Egypt’s control of water, and Ethiopia may even try to sell water to Egypt.

“If the dam construction is inevitable, in the next round we should talk about our right to the water and ask whether priority will be given to Ethiopia’s electricity generation or Egypt’s need of water to survive,” he added.

Diplomats from Sudan and Ethiopia blamed Egypt’s media coverage for exaggerating the dispute. Sudanese Ambassador in Cairo Abdel Mahmoud Abdel Halim said in a phone interview to a TV channel: “The media coverage conveyed a false bias from Sudan towards Ethiopia.”

“We are fully aware of Egypt’s interests in Nile water and are abiding by all related agreements, but Egypt’s media coverage bewildered the talks that should conclude with a dialogue-based solution,” he added.

In earlier press statements in late May, Ethiopian ambassador Mahmoud Derir said: “Egypt and Sudan will benefit from building the dam, as Sudan will expand its agricultural activity. Additionally, it will expand the lifeline of Egypt’s high dam.”

Ahead of the latest tripartite meeting convention, President Abdel Fattah Al-Sisi met with the representatives of the Ethiopian public diplomatic delegation. He said he welcomed the activation of the office of Egyptian-Ethiopian relations because it represents a mechanism for direct communication between the two countries, according to presidency spokesperson Alaa Youssef.

Egypt has three main concerns regarding the GERD, according to Prime Minister Sherif Ismail. The first concern is preserving Egypt’s historical water share from the Nile River by making sure that the dam will not affect it, the second is ensuring that the GERD is not used for any political purpose other than generating electricity, and the third is implementing the construction stages as previously agreed.

Egypt, Sudan and Ethiopia initially reached a GERD declaration in March. A copy of the declaration states 10 basic concepts that the three countries have signed on. The concept copy mentions that the purpose of the GERD’s construction is only achieving sustainable development, and not for political purposes.