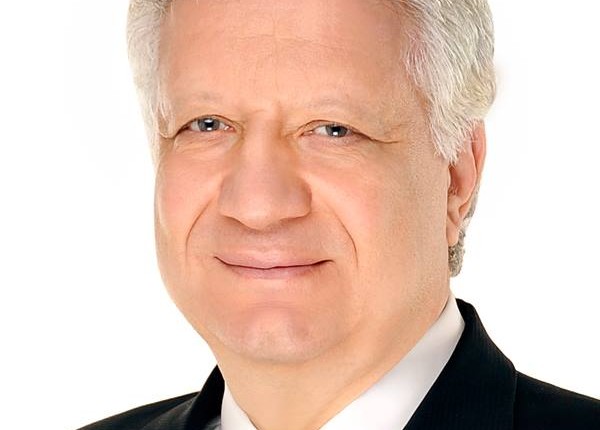 He made the comments during a telephone call to the “Known Stadium” talk show on “El-Asema” channel on Monday evening, also slamming the head of “For the Love of Egypt” electoral list Major General Sameh Seif El-Yazal.

During the phone call, Mortada said that he believes the government is officially supporting “For the Love of Egypt” electoral list.

“If the state’s regime fell, El-Yazal would be responsible, so let the guy shut up, because the country has lots of problems and doesn’t need any more,” he said in direct comments to Al-Sisi.

Mansour began to criticise Al-Sisi, despite being a strongly pro-government figure and also a member of the parliament.

“El-Yazal wants us to get upset at Al-Sisi, but I don’t want to get upset, because I am not afraid of anyone. My son and I succeeded in the parliamentary elections without anybody’s assistance,” he said.

Mansour also said that Al-Sisi is upset that Ahmed won because Amr El-Shoubky lost against him.

“You are upset because El-Shobky is your [Al-Sisi’s] friend. Isn’t he the one who travelled to the US and said that you lead a coup d’état against former president Mohamed Morsi?” he said, directing his speech to the Egyptian president.

Mansour is one of the most controversial public figures in Egypt. He is used to speaking tough, making strong criticisms of other public figures during TV talk shows. However, this is the first time Mansour has publicly criticised Al-Sisi, who he normally supports.