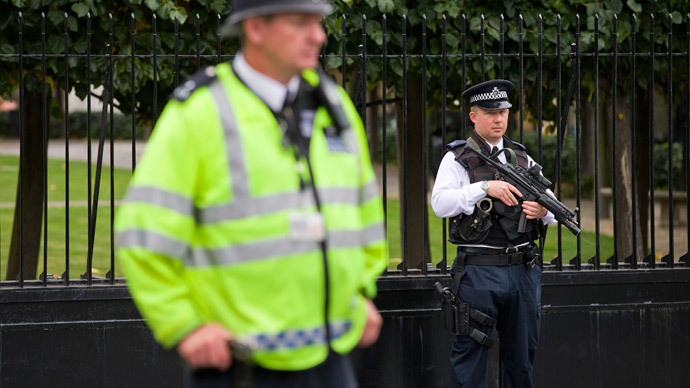 The attacker shouted “this is for Syria!” before injuring three people in the Leytonstone underground station.

Initial reports indicated that the man, believed to be 29 years old, had also threatened other people. One victim, 56, suffered serious but not life-threatening injuries. Two other people sustained minor injuries, police said.

Local media quoted one eyewitness as saying: “The attacker was screaming, ‘this is for all the Syrian people’. It was quite shocking; everyone was extremely scared and afraid”.

“We are treating this as a terrorist incident. I would urge the public to remain calm but be alert and vigilant,” London Counter-Terrorism commander Richard Walton said.

British Prime Minister David Cameron said that seven plots against the UK were foiled in the past year. At least one of those is alleged to have involved plans to use a knife to cause casualties.

Concerns were raised in the UK after the British parliament decided to vote for airstrikes in Syria against the terrorist group “Islamic State” (IS). Britain has warned that the campaign to defeat IS would “not be short or simple” after jets carried out a second wave of airstrikes on militant targets in Syria.

The strikes came 24 hours after the first UK planes bombed IS fighters in their Syria stronghold of Raqqa overnight on Thursday. The British parliament voted for military action on Wednesday.

The British Ministry of Defence said oilfields in Syria were targeted to cut off the terrorist group’s access to sources of funding.

“We face a new kind of enemy that makes no demands, takes no hostages, and doesn’t want to negotiate. It’s not what we do that they oppose, it’s what we are,” the British defence minister said to journalists in press conference.

“We are people who choose our government, accept a rule of law, and tolerate other religions. It’s because of who we are in Britain and the west that we have this particular death cult.”

He said nobody likes strikes “but when you’re dealing with people who are not negotiating with you but simply want to kill as many westerners as possible, then you have to use force”.

US President Barack Obama will address the public on Sunday and speak about counter terrorism in the wake of the attack in California that killed 14 people.

The White House said Obama will speak about the “steps taken by our government to achieve its first priority, which is keeping Americans safe”.

Obama will disclose some of investigation results of the California attack and their steps to fight IS.

Cameron makes case for UK airstrikes against ‘IS’