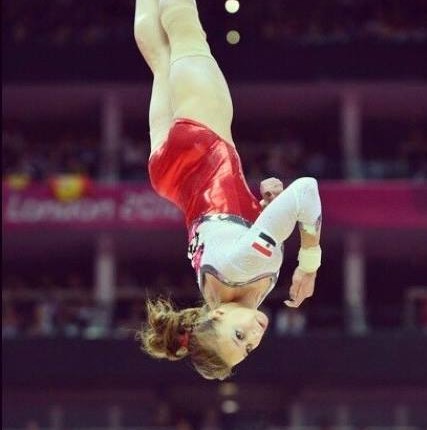 Sherine Ahmed El-Zeiny is an Egyptian gymnast champion born on 23 February 1991 in the Netherlands. Her mother Eman Roshdy was a tennis champion and her father Ahmed El-Zeiny was a squash champion.

El-Zeiny’s talent appeared when she was three years old. At six, she attended her school gym day every week with all the students in a gymnastics hall. A trainer there asked her parents if she practiced gymnastics or not. When her mother answered with a no, the trainer advised her mother to take her to the club DOS Alphen aan den Rijn, where she received training for juniors, after the trainer noticed she had a talent.

El-Zeiny started her sports career at the club and in two weeks she was moved to selection A, considered to be the highest group level.

Daily News Egypt spoke to El-Zeiny to learn more details about her career. 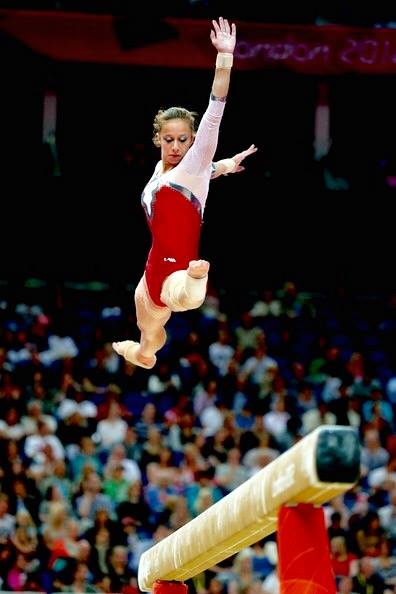 When did you join the Dutch national team?

I started participating in championships at the age of eight and in 2002, I joined the Dutch National team. In the same year, I moved to Zoetermeer to train with Coach Frank Louter in the club Pro Patria Zoetermeer.

Why did you leave the Dutch National Team and join the Egyptian one?

It was a serious decision, because at the time, once I joined the Egyptian National Team, I had no chance to return back to the Dutch one. With the Dutch National team, my chance to qualify individually for the Olympics in Beijing 2008 was very slim. So in 2007, my Russian coach Boris Orlov advised me to play for Egypt in order to qualify individually for the Olympics at the time.

What was the first championship you played for Egypt?

It was at the African Games held in Algeria in 2007.

Did you face any problems in Algeria?

The Algerian players were friendly and treated us with respect. As for the Algerian audience, however, whenever I performed, they shouted loudly to distract my attention, and gymnasts require full attention. They also threw water bottles at us.

Once we were wearing t-shirts with “Egypt” written on the back and I witnessed a group of Algerians quarrelling very loudly with the Egyptian players in the streets.

As a female gymnast in Egypt, what kind of challenges do you face?

It is common to be criticised for our costume, the leotard, which is usually perceived as a “swimming suit”. At the club in Egypt, my mother suggested I wear leggings so as not to face any kind of abuse. When I was playing at a club in Maadi, even to go to the bathroom, I had to wear trousers on top because there was a group of boxing players practicing in front of us.

2016 a bright year for Egypt’s gymnasts