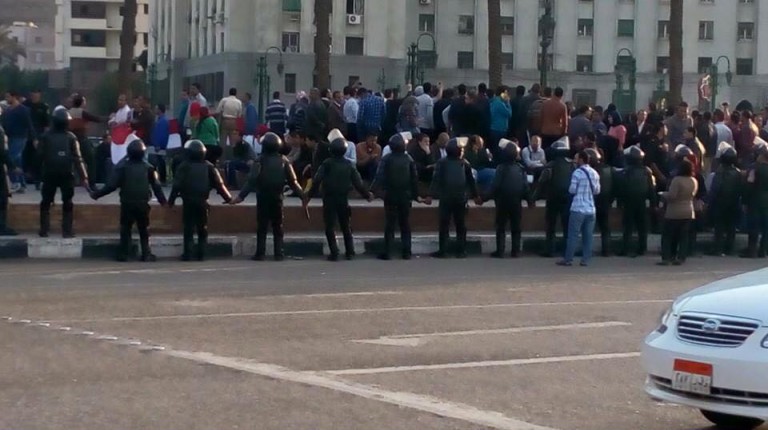 Qasr Al-Nil police station released 31 post-graduate degree holders on Monday after they were arrested during a protest by PhD and masters holders in Downtown Cairo, according to Al-Ahram newspaper.

However, the police are yet to release injured Mahmoud Abu Zaid, the protest coordinator.

Dozens of PhD holders organised a protest on Sunday, requesting employment in the Ministry of Higher Education from the state after the completion of their doctoral studies.

The security forces dispersed the protest and arrested several people, including the protest coordinator, after it gave a one hour warning to end the protest.

In September, teachers and students demonstrated at the Press Syndicate against the Education Minister, while technical school students protested against the Minister of Higher Education, with several demands related to improving the educational system. They also highlighted the controversial case pertaining to student Mariam Malak, who was given 0% in her final secondary school exams.