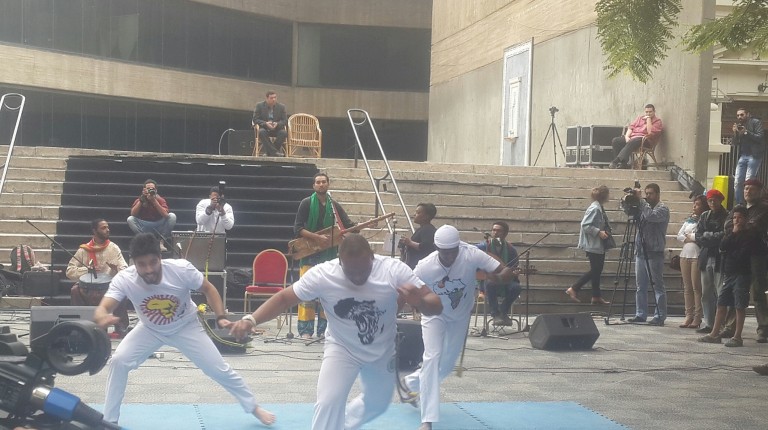 The campaign, entitled Beitak Bi Edak (your home by your hands), is helping youth own their own homes at reasonable prices and to make profits from their savings as well.

Abdel Shafy explained to Daily News Egypt that the campaign gathers youth in groups; each group consists of eight to 10 members, sharing the same location of home preferences and similar social status, and thus the amount of savings for buying an apartment.

The common savings amount for buying an apartment in Egypt begins from EGP 250,000, according to Abdel Shafy. “If every member contributes EGP 300,000, they can build a five-floor building,” he said.

“After the group is formed, they combine their savings together to buy a piece of land in the chosen location,” he said. After that, the process of construction begins.

Once construction concludes, each member of the group would own an apartment in the building, in addition to shares in the ground floor, which would contain commercial shops.

“If the shops are sold, the value obtained will be divided among the members, thus they regain part of the amount they paid in the first place,” he stated.

The campaign has succeeded in constructing 14 buildings; six in Assiut, three in Cairo, two in Alexandria and others in Aswan, Minya and Sohag.

Explaining the reason behind the campaign, Abdel Shafy said that during the 1940s and 1950s, people were living in their own houses, not apartments, whereas nowadays “even a quarter of a million might not allow young people to buy a decent apartment in a nice city”.

“I thought if people gathered and combined their savings together, they can make a difference,” he said.

Real estate activities in Egypt go through several stages, beginning with obtaining the piece of land to selling the unit, be it an apartment or a commercial shop, Abdel Shafy explained.

According to Abdel Shafy, prices of units can increase by 5%-10% of their actual cost, due to the discrepancies in the daily fare of the workers.

Prices of units increase as real estate traders buy apartments with the aim of reselling them after a period of time, with 10%-15% profit, which eventually leads to price hikes, he said.

The initiative is helping real estate buyers, whom Abdel Shafy described as not having experience in the real estate market “as they barely collect the cash needed”.

Egypt’s real estate market has witnessed upheavals following the 25 January Revolution in 2011. A recent report prepared by the International Quality and Productivity Centre (IQPC), published in August, said there is an oversupply of luxury housing development projects in Egypt, while there is a shortage of available housing for low- and middle-income earners.

The report said the Egyptian government is hoping to address the issue with the housing developers that are cooperating with the government in building national housing projects.

“These projects represent a critical step forward in supporting Egypt’s youth population and improving the lives of 45% of its citizens who currently live in informal housing,” the report said.

“Ultimately, these projects have been designed to satisfy the estimated need for 3.5 million new homes to house a population that continues to expand rapidly,” it added.