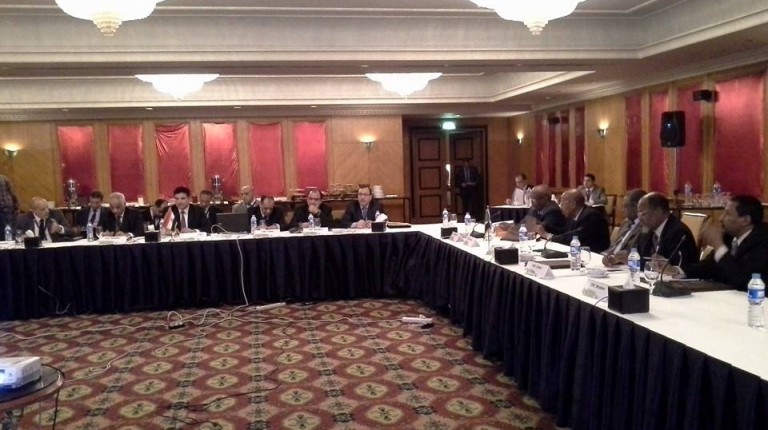 The ninth round of the negotiations between Egypt, Ethiopia, and Sudan on the Grand Ethiopian Renaissance Dam ended in Cairo Sunday with an agreement to hold another meeting for ministers of water resources and foreign affairs in Cairo as soon as possible, said Minister of Water Resources and Irrigation Hossam El-Moghazi.

El-Moghazi told MENA that Egypt raised its concerns during the meetings about the Ethiopian Dam, especially since the implementation of the project is moving at a fast pace, which does not guarantee that the recommendations of the studies will be executed when completed.

He added that the three countries agreed to hold another round of the negotiations in Sudan on 21 and 22 November, with representatives from the two companies performing the studies.

The statement stressed that the three countries offered their alternatives on the implementation of the studies, including new efforts to reconcile between the two offices of consultants, the French and Dutch companies, and discuss other alternatives for reaching consensus.

Meetings were held between the three ministers of water resources in Egypt, Ethiopia, and Sudan to discuss the ways of pushing the course of studies recommended by the international experts’ report on the Ethiopian Dam and its effect on both Egypt and the Sudan.

Al-Sisi in Ethiopia after years of GERD conflict