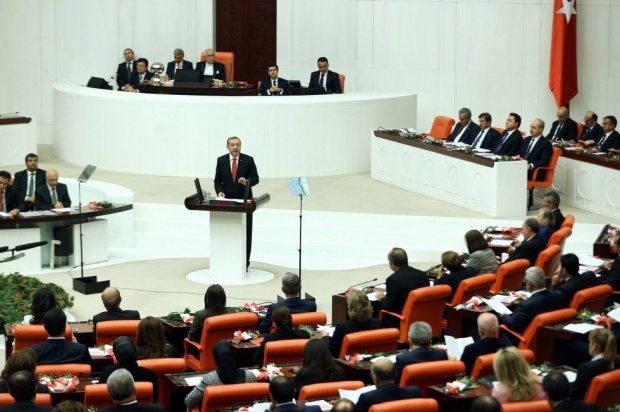 The group, which is currently witnessing heavy crackdowns by security forces, said the Turkish elections are “a clear response to anti-democratic bloody putschists in Egypt and Syria… who are oppressing the will of the free people”.

The AKP is closely affiliated to Turkish President Recep Tayyip Erdoğan, who is an avid supporter of ousted Egyptian president Mohamed Morsi.

Morsi, an Islamist politian who headed the Freedom and Justice Party (FJP), the political arm of the Muslim Brotherhood, was ousted by the army and was followed by current President Abdel Fattah Al-Sisi.  Erdogan has been a vocal critic of Al-Sisi and his government and demanded the release of Morsi on different occasions. He also commemorated the dispersal of the 2013 Rabaa Al-Adaweya sit-in by raising the ‘Rabaa sign’.

Many Brotherhood members fled to Turkey after the ouster of Morsi, where they are lobbying against the current Egyptian regime, calling it “a coup regime”. Also, several of the fleeing politicians formed a parallel parliament to communicate with the outside world, but witnessed little recognition from protesters and Islamist opposition movements in Egypt.

The Brotherhood said the Turkish result “is a positive message to all revolutionaries”. Similarly, the FJP said the results “are an example of political life that is not subject to military rule”.

The AKP obtained just under 50% of the votes, which could enable it take the majority and form a government, marking a radical shift from the June elections. Turkey’s president asserted that the voters chose stability, but several secular and liberal opposition groups have been accusing the president of ‘capitalising’ on the latest rise of militancy and bomb attacks to repeat the elections and win public opinion.

‘Revulsion’ over Turkey response as mine blast toll tops 300