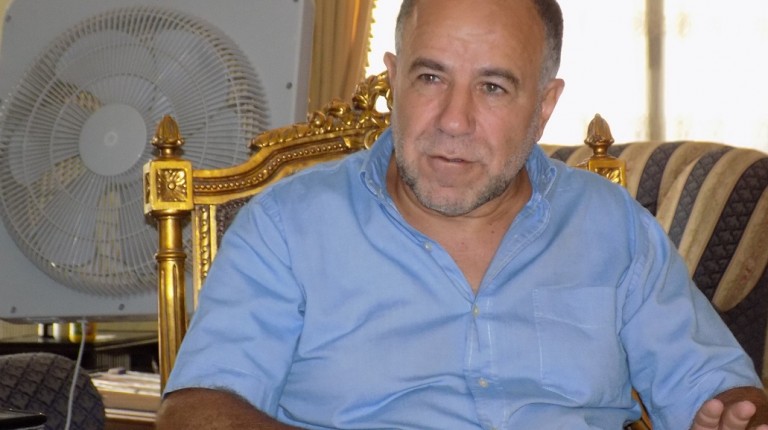 Egypt has always had great credit in the development of science and technology. From time to another, a generation of scientists emerges in Egypt to change the world future.

Daily News Egypt conducted an interview with Egyptian-Canadian scientist Hatem Zaghloul, who is responsible behind the ability to read this article now via phone or laptop – he is the inventor of WiFi technology. He is responsible of 2G network that later developed to 3G, based on his theory from the 1G mobile networks.

Zaghloul completed his basic primary school and junior high at one of the public schools in Giza’s popular neighbourhood Imbaba. Now, he is chosen among the ten greatest scientists in Canadian history. Many counties reach for him to plan their telecommunications sector. However, that was not enough for Egyptian officials to contact him to exploit his experience in the sector – despite its poor condition right now.

You have received your primary and college education in Egypt. Tell us about the stages of your education.

I had some education in the UK until mid-primary school. I came back to Egypt where I finished my primary school at one public school in Imbaba, a poor neighborhood in Giza. During middle school, I used to go with my friends to the second-hand market, also known as the Friday market, to buy used electronic chips and some other electronic components to make a radio.

During high school, I asked many times to go the school library, but was always rejected. However, I was determined and when I finally managed, I found it to be extremely neglected. I worked during the summer vacation to clean it, rearrange its books, and bring back some 200 books that were borrowed but never returned.

We studied modern mathematics and Descartes in high school. We were the first to study it in Egypt. I was very good at it. I chose to study engineering at Cairo University, where my professors saw great potential in me. I then went to Ain Shams University to continue my studies at the faculty of science and applied mathematics.

When did you travel to Canada, and why?

After graduating, I joined the famous oil company Schlumberger. They sent me to Europe to work at their branch there for two years. I came back to Egypt but was not satisfied was the economic and social conditions. The gap between the rich and the poor was starting to grow bigger, due to globalization. Egypt was turning into a consumer state, which led to our main problem right now, which is the high standard of living without productivity.

I felt I will not be able to offer anything to Egypt and my desire to live abroad was growing. The breaking point was when I was listening to former president Hosni Mubarak’s speech on Labour Day in 1983. He said that people each consume too much sugar and wheat and that they need to cut down on those two products. I reached an understanding that there is no solution to our economic problems. A president is naming problems but finding no solutions for them. I decided to relocate to Canada and get a master’s degree and later a PhD.

How did you become an inventor in Canada?

Prior to finishing my PhD, I worked for a Canadian telephone company as a researcher. During this period, there was a global change from 1G network to 2G, which Egypt has not seen until later due to delays in the use of mobile technology. The change meant switching from live analog broadcast to the digital one.

The company I worked for needed to switch to digital and we had six offers from international companies to provide us with the new digital service. I was assigned at the time to lead a work team to study those offers and choose the best one.

I had help from my Egyptian colleague, Michel Fattouche, to develop a technological solution for the transfer from analog to digital.

When the broadcast signal is transmitted from the cell tower to the phone or vice versa, it is exposed to distortion, as it hits some obstacles like buildings. We developed a theory to prevent this distortion from happening. It contradicted all the scientific theories we had at the time, as they all confirmed it was impossible to do so. However, this meant we can expand signals at least 10 times more.

We defied the laws of physics in books. All of theories stipulated the need to bridge the distances between the channels of communication. We on the other hand, came up with a new law that allows for expanding lengths between channels. This could be the most important invention in the history of mankind.

We wrote this law on hotel paper and tissue papers. All of it was done in 90 days. The company I worked for was not convinced and they rejected the invention, so we decided to offer it to the university to sell it. I agreed with Fattouche to sell it for $20,000.

Later, an official from one international company was visiting Canadian universities to learn about their inventions. He came across ours and he compared it with other technologies developed in different Canadian universities. We came to an agreement with him to develop our invention and build a model out of it. This company was established in 1993 under the name WILan.

In that period, we managed to obtain a $750,000 grant from the local and federal governments in Canada. They believed our invention was a chance to put Canada back among the ranks of the inventor states in telecommunications sector, especially since our invention is the base of modern wireless communication methods.

How did this invention turn into the base of the wireless networks technology?

We were able to achieve our invention, WiFi device transferring 30-40m information per second. We contacted the Dutch company and a number of international companies, like National, to show them our model. There was no great interest because of the big size of the model and because the semiconductors industry was not developed yet, which made it difficult to use the invention in the electronic devices.

We worked on the WiMAX technology, which is the base of 3G technology. We were strongly attacked by the American Cisco, as well as the companies manufacturing the semiconductors: Intel, Broadcom, and Advanced Micro Devices. They refused to sell semiconductor pieces to our company, because it would have been evidence that they used our technology. It would have supported us to bring a case against them to obtain compensation. They were even adding items to the contracts of the companies dealing with them stipulating, not selling any semiconductor pieces to us. This delayed suing them to obtain compensation.

How did your technology become the base of the 3G technology?

We wrote our invention and modified it through adding some mathematical and physical rules, then tried it. We found that it enhanced the process of transferring information four-fold, which helped in relying on it in moving from the 3G to 4G technology. We already obtained financial compensation from most of mobile companies in the world, like Samsung and Nokia. However, Apple refused to acknowledge our role, so we are now suing it in the United States to obtain compensation.

In Egypt, some inventors may face security annoyances, especially if the inventions are technological. Did you face such annoyances in Canada?

On the contrary, the Canadian intelligence visited my company twice to tell me that they perceive me as national treasure. They also told me they worked to protect me against spies, telling me about two who wanted to hack my research: one of them was an employee in the company, the other a friend. They also inquired about the possibility of penetrating the wireless networks and spying through them but they did not ask to use WiFi networks in espionage.

Is it really possible that some countries can spy through mobile networks?

Of course, the data of every call through GSM networks is registered, whether it is the caller or the receiver , and the call duration. A lot of governments use this way to spy on other countries. There is an international treaty stipulating keeping this information in a specific company. However, according to the treaty, the information could be obtained under specific circumstances but some countries refused to give their information through that treaty, like China.

How many inventions did you create?

I have 5 global patents joint with my friend, Fattouche, including the invention of WiFi, along with two inventions of my own.

What are the major foundations for us to have more inventors?

Science is the basis of innovation and invention; there is no innovation that is not based on science. Therefore we should give education more attention and abandon traditional methods. The second foundation is experience, so that the inventor would be aware of all the experiments carried out in the framework of his invention. The third foundation is courage; inventors have to be bold enough to dedicate their time to complete their creations. This is all in addition to creativity.

Why did Israel supersede us in the field of business entrepreneurship and producing many companies in the innovative technology sector?

Israel dedicated a lot of effort and attention to education but they actually are not that much better than us in this area. The evidence is the whole communications section in Canadian universities in the period between 1990 and 2000 was headed by an Egyptian scientist.

Did you receive the recognition you deserve in Canada?

Indeed, the Canadian Prime Minister met me more than once and heads of county where I lived often met with me to consult me in matters concerning the area. I was also on the list of the greatest 10 Canadian scientists in the history of Canada, which is very encouraging to young people to innovate as a role model.

Did you receive appropriate recognition in Egypt?

I do not want recognition from Egyptian officials but I want to have a role in serving the country. I do not need money but I need to help my country. However, I was not sought in the development of Egypt’s telecommunications sector at the time when many countries seek my assistance in planning their own sector.

Why have you returned to Egypt after all this achievement in Canada?

I came back for two main reasons; my extreme enthusiasm now to help the country up, and for personal reasons.

What are you currently doing in Egypt?

Now I have a small farm that I manage and a company for the development of websites and mobile applications. I also work in recycling plastic through the factory I created. I also practice my hobby of inventing by working on the design of centrifuges to expel oil from fried food, which reduces oil ratio to less than 15%. I am supposed to finish the device in a year at most.

What does Egypt need during the current period to rise from its fall?

First, we need national projects in which people participate with full effort. The most important project is to generate electricity by manufacturing optical cells to generate electricity in a simple manner. They would be composed of glass and a copper chip that can be employed on various rooftops and balconies, which help provide 80% of the energy needed by the houses using these cells.

Another important project could be generating of energy from wind, through windmills that fit on rooftops. This step only needs the issuance of standard specifications by the research centre as well as economic incentives to citizens who generate energy, which could decrease the energy crisis in Egypt.

Who leads the world in creativity and innovation in 2016?