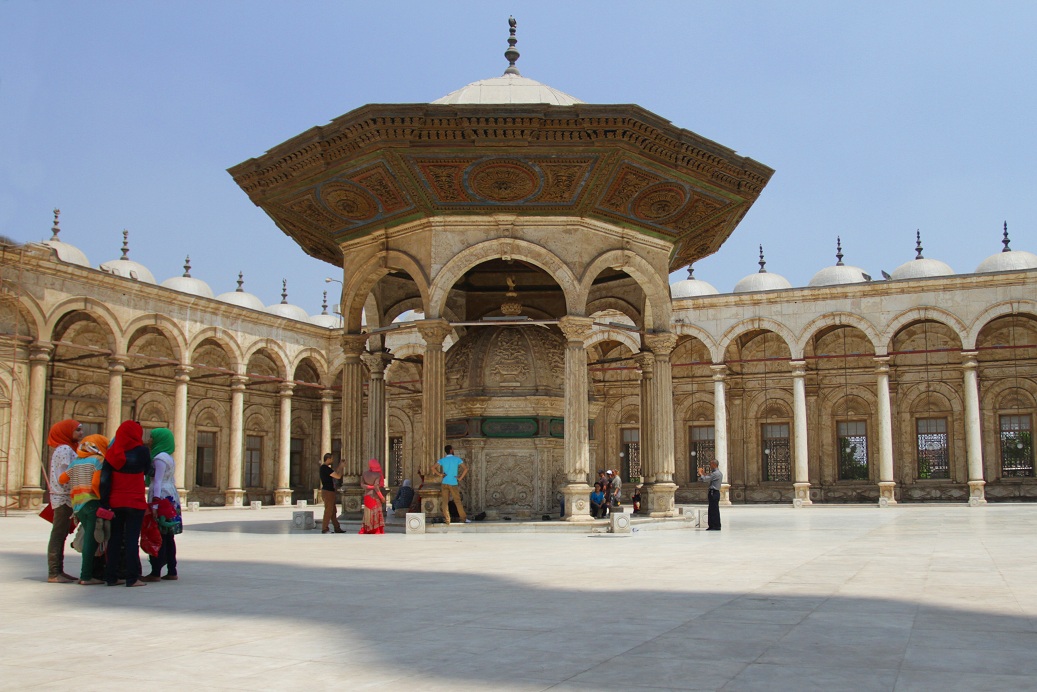 During the 24th Heliopolis International Water Polo and Synchronized Swimming Tournament held at the Heliopolis Sporting Club (HSC) from 16-20 September, the HSC organised a cultural tour for the international water polo and synchronised swimming teams, which participated in this tournament.

The HSC aims to promote cultural tourism in Egypt in this way.

The two-day tour included visits to the Giza Pyramids, the Egyptian Museum, the Saladin Citadel of Cairo, the Coptic complex located in Mar Girgis. The sports players were so delighted by the tour as the Russian synchronised swimmers requested to visit the Egyptian museum once more.

According to Ahmed Yehia, Mahmoud Fadl and Ahmed Megahed, souvenirs sellers in the Saladin citadel, after the 2011 revolution tourism in Egypt, especially the cultural one, has witnessed a remarkable decline. Fadl added that tourism in the citadel was recovering in 2012, but after the Itihadiya Palace clashes in 2012, tourism dropped back.

Sabry El-Said, public relations and members affairs’ officer at the HSC, told Daily News Egypt that a country that has 1/3 of the world’s monuments should not be facing this tourism decline. This was the motive behind organising this two-day cultural tour, he said.

75% increase in infringement on Egyptian monuments in Greece: Ministry of Religious Endowments