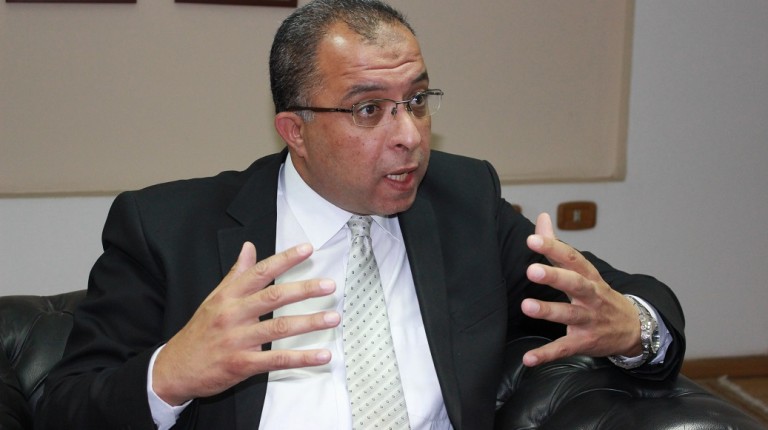 In an interview with Daily News Egypt, Minister of Planning Ashraf El-Araby elaborated on the details of the Cairo Capital, economic growth rates for the previous fiscal year, government settlements and whether the government is preparing a new stimulus package or not.

Could you give us more details on the recent settlements of the National Investment Bank (NIB), after settling its EGP 10bn debt with the Railway Authority in early August?

We are working on disengaging financial entanglements between public entities, which amounted to EGP 1.1tn. They are varied over entanglements between the Ministry of Finance, the NIB and the Social Insurance Authority, and between the ministries of Petroleum, Electricity and Finance and so on.  There are actions that were taken in that regard in the state budget to start with entanglements between the Ministry of Finance, NIB and the Social Insurance Authority, and EGP 30.7bn has been allocated this year for that reason; the first phase will be around EGP 20bn. Some other entities will benefit from unlocking the entanglements, such as the Railway Authority and the Egyptian Radio and Television Authority (ERTU). We are also working on settling the tangle between the ministries of Petroleum and Electricity; however, this will take time because there are several entities involved that should ratify the decisions. They will be the first public financial settlements to be done for many years. We also considered avoiding the occurrence of such entanglements in the future.

How did the entanglements happen in the first place?

Entities which fall under the state budget assign other entities outside the budget to implement some projects as contractors. So, the NIB gives loans to contractors; however, the process of transferring ownership from one entity to another usually takes a lot of time, as it involves committees, legal parties and the Central Auditing Organisation (CAO). During this long period, the NIB counts the loan interests, and then the contractors say they are doing it for the benefit of other entities, and so on.

What is the nearest settlement to be announced?

The NIB will settle a $400m debt on pharmaceutical company the Holding Company for Biological Products & Vaccines (Vacsera), which has been dangling for many years. They had debts for the NIB, the Arab Investment Bank and Blom Bank. The settlement will be announced in the coming weeks.

After the disagreement between the Egyptian government and Capital City founding member Mohamed Alabaar, the UAE investor that signed the MoU with the government at the March Economic Summit, on the requirements of the Cairo Capital project, are you going to assign another company to carry out the project?

The government had an investment opportunity and it needed fund for it. The best method to access finance is the direct investment; the government enters the project with the land and the investor enters with the cash and the know-how, as he is a real estate developer. It is also likely that after signing the MoU (Memorandum of Understanding), the involved parties disagreed on the terms of the contract. The project is still a priority on our investment map, and it will still be proposed as an investment opportunity.

Does this mean that the MoU with the Capital City has been terminated?

No, it is still on. The MoU doesn’t mean the start of the project, the contract is.

But it is known that MoUs are suspended in three months if they were not converted to contracts?

That’s true, but this has never happened. If both parties are still interested, then the MoU is still in effect.

They are still under study. However, the economic growth rate is around 4%-4.2% of GDP. We are still waiting for the Balance of Payments report, released by the Central Bank of Egypt (CBE), for Q4 of FY 2014/2015, in order to be able to identify the economic indicators.

In light of the economic changes, such as the petroleum price decrease and the Egyptian Stock Market’s slump, will the government reconsider its growth and investment rates indicators?

This will not happen before the end of Q2 of FY 2015/2016. It should be an adequate period of time in order to be able to study and decide if the other half of the fiscal year will need additional investments.

Is the government going to pump a stimulus package soon?

We don’t currently have the fiscal space for a stimulus package. However, we have allotted EGP 5bn in the budget to establish a sovereign fund. The government is also valuating unused assets, equivalent to EGP 5bn. So the capital of the fund will be EGP 10bn. We have also assigned advisors to set the fiscal policy of the fund and the targeted sectors. Studies are expected to be ready by the end of 2015. The government will be ready to activate the fund and its investments in the second half (H2) of FY 2015/2016.

Is it true that Egypt will receive petroleum assistance from Saudi Arabia?

In the framework of the $12bn Gulf assistance declared at the Economic Summit, Egypt will sign an agreement with the Saudi Fund for Development with the aim of providing credit facilities for fuel and natural gas imports, and that’s expected to be during the visit [scheduled in September] of Saudi Arabia’s King Salman bin Abdul Aziz.

After two months the Civil Service Law’s application, how do you see it amid rejections by public employees?

I would like to highlight that the law was issued for community dialogue before the implementation in July. However, we know that some entities have made mistakes in salaries due to the sudden change in the system after 37 years of being stable.