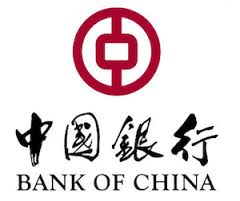 China’s central bank has once again cut interest rates and lowered the amount of cash banks must have on hand to ease pressure on lenders amid fears that the world’s second-largest economy could be slowing.
The People’s Bank of China (PBoC) cut its benchmark lending and deposit rates by 0.25 percentage points on Tuesday, the bank said on its website.

It also relaxed its so-called reserve requirement ratio (RRR) for most big banks, allowing them to have less cash on hand and instead lend it out. Such flexibility is widely regarded as a direct stimulus measure since it pours money into the real economy.

The rate cuts came at a time when Beijing is battling a massive stock rout that has cost investors billions and sent shockwaves around the globe.

On Tuesday, Chinese stock indexes plummeted more than 7 percent, reaching lows not seen since December. Share losses were similarly devastating the day before, which some analysts began referring to as “Black Monday” because shares had plunged over 8 percent.

In just two days, billions of yuan have vanished. As a consequence, markets around the world went into panic mode as investors frantically tried to unload their stocks to avoid incurring huge losses. European and Pacific markets, however, were able to pare some of their losses.

China is an important driver for the global economy but not everyone believes that Beijing’s declarations of steady growth and healthy forecasts for the year and beyond are accurate.

According to official data, gross domestic product (GDP) in China grew by a 7 percent in the second quarter, a poor performance for such a massive economy – the world’s second-largest – that has been growing at breakneck speed for more than two decades.

China’s “economic growth rate remains under pressure,” the PBoC said in a statement announcing the rate cut, adding that they would “support the real economy to continue to develop healthily.”

Beijing has forecast annual growth this year of around 7 percent, a figure many economists regard as too high considering the weak economic data the country has logged since January.

A Gulf on fire, if you haven't noticed

A KHAWAGA'S TALE: An English dish of Olympic meat