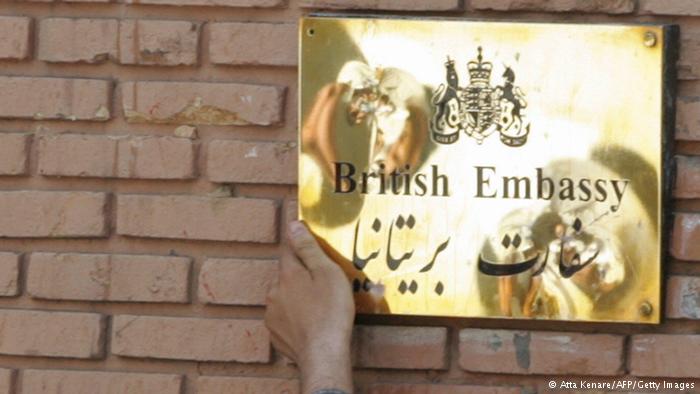 Iranian and British embassies are due to be reopened in London and Tehran. The move comes almost four years since protesters ransacked the British ambassadorial residence in Tehran and burned the Union flag.

British Foreign Minister Philip Hammond was set to reopen the British embassy in Tehran on Sunday.

“Our relationship has improved since 2011,” said Hammond.

“Four years on from an attack on the British Embassy, I am today re-opening it,” Hammond said.

Hammond will be only the second British foreign minister to visit Iran since the 1979 Islamic revolution that toppled the US-backed shah. The last visit was by former British Foreign Minister Jack Straw under Tony Blair’s Labour government in 2003.

According to Hammond, the Tehran and London embassies will initially be run by chargé d’affaires but ambassadors will be agreed with months.

The political thaw in British-Iranian relations comes just a month after a nuclear deal was reached between Iran and six major world powers, signaling the most striking improvement in the Western ties with Iran for over a decade.

Under the deal, sanctions imposed by the US, European Union and United Nations will be lifted in exchange for Iran agreeing to long-term curbs on its nuclear programme. The West believes Iran was intending on making a nuclear bomb – claims which Tehran has long denied.

Since striking the deal in July, the Islamic Republic has also seen a flurry of visits from other European powers – including France and Germany – which aim to end Iran’s long economic isolation.