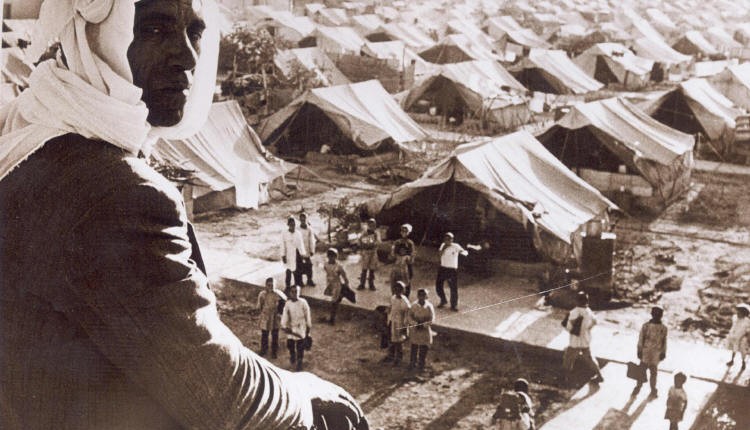 A legal case to sue the United Kingdom for its role in handling the state of Palestine and the subsequent suffering of the Palestinian people will receive a verdict on 28 September.

Activists involved with the campaign, which is currently going through the Egyptian legal system, say they believe the court will rule in their favour.

A South Cairo court is overseeing the case initiated by the ‘Popular Palestinian Campaign to Sue the United Kingdom’ and who say they are attempting to “restore the right of the Palestinian people to their land, robbed from them in the infamous Balfour Declaration”. In May, the court decided that it had the authority to make a ruling on the case.

Awani Selim Habet, leader of the campaign, told Daily News Egypt that the legal opinions they have consulted on the case believe that a ruling will be made in the campaign’s favour.

The 1917 Balfour Declaration was a letter from the UK’s then-foreign secretary Arthur Balfour to the Zionist movement in Britain. In the letter, he stated the government “favour[s] the establishment in Palestine of a national home for the Jewish people, and will use their best endeavours to facilitate the achievement of this object”.

Despite Balfour’s statement that the rights of Palestinians should not be harmed, the subsequent transfer of the Jewish diaspora to Palestine resulted in the collapse of Palestinian communities, massacres, and displacement.

Commenting on the case to Daily News Egypt earlier this year, a British Embassy spokesperson said that they were aware of the case, but denied that they had sent any legal representative to an earlier session.

“Britain is proud of the role it has played over many years pursuing peace and justice for Palestinians and Israelis alike. Egyptians should be in no doubt about Britain’s enduring commitment to this goal,” the spokesperson said.

“We want return and compensation,” Habet told Daily News Egypt, referring to the campaign to give long displaced Palestinian communities the right of return to family homes on land now claimed by Israel.

“One of the reasons for this case is that the UK claims to be the vanguard of freedoms; this is a test to prove if they are really a democracy-supporting country or not,” Habet continued.

In April, Palestine was admitted to the International Criminal Court. The Palestinian Authority has stated they hope to take Israel to court for war crimes they hold the government responsible for.

The Palestinian Authority’s Foreign Minister Riyad Al-Maliki reported the deadly firebombing attack that killed a baby and his father to the ICC earlier in August. The report covered wider attacks by Jewish settlers on Palestinians, in addition to the arson attack on the Dawabshe family.