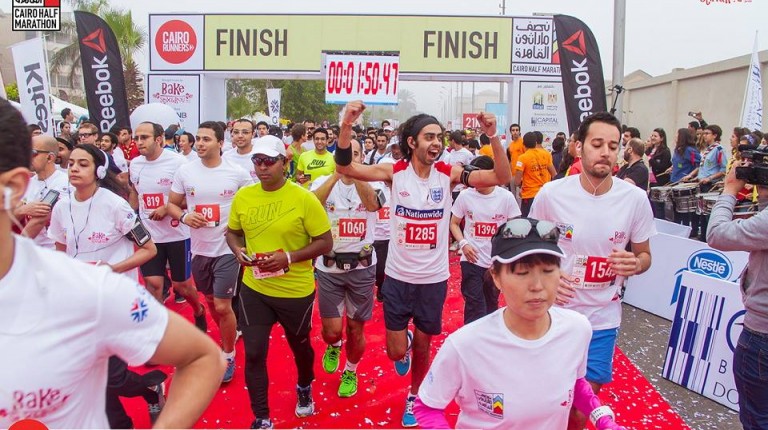 Tall, slim and eloquent, Hammour Ziada is very precise with words. He describes himself as a chronicler who narrates pleasurable stories. The serene smile on his face and the confident tone of his voice do not hide though a restless soul that has dug hard at the core of the essential questions of existence.

“There is no certainty. Man can never be certain of what he believes in or of the results of his actions. He is destined to head towards an uncertainty that he can never grasp with his present consciousness,” says Ziada.

He thinks that this is the problem of the faithful; even for them there is no certainty. However, Ziada does not paint a gloomy world of doubt; there is a way out. All what man can do and has to do, is to create an own will and seek its fulfilment. He adds, “There are levels of doubts; one can ignore them and continue to move on the road carved for oneself in this uncertain world. Only at the end of the road, one can know the answer to their seeking”.

With this Weltanschauung, Hammour Ziada writes his second novel “The Longing of the Dervish”. The novel won the 19th edition of the Naguib Mahfouz Medal for Literature. It was also shortlisted for the International Prize for Arabic Fiction, an Emirati-funded prize, known in the Arab literary circles as the Arabic Booker Prize.

The novel is the story of Bakheet Mandil, a slave freed after the British troops, aided by Egyptian and Turkish troops, defeated the army of the Mahdi in the Battle of Kerreri, North of Omdurman. When the prisoners of El-Sayer started fleeing their cells in September 1898, Bakheet thought of only one goal: to avenge the death of his beloved Theodora or ‘Hawwa’.   He did not feel free; vengeance stood as the only obstacle against his freedom.

Set in 19th century Mahdist Sudan, “The Longing of the Dervish” draws heavily on the historical and spiritual symbolism of an important era of the modern Sudanese history. Imam Muhammad Ahmad Ibn Abdullah proclaimed himself the Mahdi or the Islamic redeemer of the Islamic faith in 1881. He established the Mahdiyya Movement, and his message gained a huge popularity that marked the beginning of national sentiment in Sudan. In addition to his call for the reform of Islam, Imam Al-Mahdi mobilised the nationalist sentiments of the Sudanese people beyond their ethnic, tribal and denominational affiliations to fight against the Turco-Egyptian colonisers.

The self-proclaimed Mahdi and his followers, known also as the ansaar and the dervishes, managed to overtake Khartoum after a ten-month siege from March 1884 to January 1885. They defeated the Egyptian soldiers and established the Mahdist state that was based on the Shari’alaw. Imam Al-Mahdi died soon after from typhoid, and was followed by Imam Abdul Raham Al-Ta’aishi who was killed in 1899, soon after the British troops re-conquered Khartoum and put an end to the Mahdist rule.

The plot of the novel is set during the time of the fall of the Mahdist state and the vanishing of the dream of liberation. Even Bakheet Mandil, who is newly liberated, does not recognise his freedom yet. He awaits a new life: only vengeance can grant him freedom. When he is asked by Gohar, his prison inmate, what his crime was, he avows: “My crime is love.”

The last days of the collapse of the Mahdist state witness violence all over Sudan as well as a sense of identity loss. Ziada’s characters are caught in this identity crisis. No one knows what brought them on a road that no longer reflects their aspirations. All of the characters dwell on a spiritual journey, hoping to find a remedy for their wounds. The symbolic use of the words of the great Andalusian mystic Shaykh Muhyiddin Ibn ‘Arabi sheds light on the path the characters chose in their lives. The first lines carry his wisdom: “Every longing that is quieted by the meeting with what was longed for can’t be relied upon.”

Like Bakheet, Theodora chose her obsession. She is working for the service of God. An Alexandrian-born Greek, she finds herself heading to Sudan as a missionary. With the fall of Khartoum to the Mahdi’s army, she becomes the slave of Ibrahim wad Al-Shawwak. When she plots her escape, she is betrayed by Younes, who will hand her over to the latter to be murdered brutally.

Almost every character in the novel is a victim of their own situation. There is a sense of historical determinism that situated them in a state of slavery. Perhaps they are not to be blamed for their destiny, but Ziada does not portray anyone of the characters as innocent.

“We all create our choices, and we fool ourselves by them. Only at the end of the road will we be able to assess the whole journey. What matters is the continuous seeking,” Ziada explains.

The metaphor of the “seeker” is another Sufi theme that is continuously present in the narrative of the characters. However, the novel presents a different view of the Sufi world by telling the story of the Mahdiyya Movement. In a lot of ways, the character Al-Hassan Al-Grifawy exposes the contradictions of a movement that claimed to be spiritual. When he arrests Bakheet Mandil after he killed the fifth person involved in Theodora’s murder, he decides not to kill him immediately. He gives his orders to his men to move to the city of Musalamiyah. In the meantime, he starts an eye-opening conversation with Bakheet in an attempt to understand what made him kill.

Bakheet’s story reflected the doubt Al-Grifawy had in his heart. Like him, he set on a path of love but ended up in a world of hatred, betrayal and vengeance. He asks himself: “Was it the path of God or was it an illusion?”

He remembers when he left his wife Fatima behind and divorced her to join the Mahdi’s army. He told her: “God called me, O Fatima. Don’t you see what plagued religion? Times have changed. Earth is filled with injustice. The Turk, the infidels, changed the religion of Allah and humiliated the pious. Am I not supposed to answer the call of God and His Messenger if they invite me to what gives me life?”

Ziada is a Sudanese writer and journalist, born in 1977 in the old city of Omdurman, the cradle of the Mahdiyya Movement. Despite his upbringing in a city that revered the Mahdi, Ziada chose to narrate a story that exposed the violence and contradictions of that historical era. He explains “I am not a Sufi, but I do not wage a war against Sufism. I only handle it with a critical view.”

Ziada now resides in Egypt. He worked as a journalist for a number of Sudanese newspapers, including Al-Mustaqilla, Ajras Al-Hurriya, and Al-Jarida. He was Chief Editor of the cultural section of the Sudanese Al-Akhbar newspaper. His first novel “Al-Kong” was published in 2010. He also published tow collections of short stories: “An Omdurman Biography” (2008) and “Sleeping at the Foot of the Mountain” (2014).

Comares: A historical investigation into the Fall of Andalusia