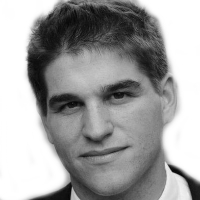 Bank Audi’s earnings increased by 63.2% in the first quarter (Q1) of 2015, according to Mohamed Abbas Fayed, Deputy Chairman and Managing Director of Bank Audi in Egypt.

“In December 2014, the amount of deposits at the bank stood at approximately EGP27bn, and from the beginning of 2015, the volume increased by about EGP 4bn,” Fayed added.

The size of the bank’s loan portfolio stood at approximately EGP 13bn by the end of March 2015, he said, highlighting that by the end of June 2015, the size is expected to increase by no less than EGP 1bn.

“We have provided a loan worth $90m to the emergency plan project adopted by the Egyptian Electricity Holding Company (EEHC). The total amount needed for the project’s implementation is $521m, whereby other banks that are involved in the funding process of the project include Banque Misr, Banque Du Caire and the National Bank of Abu Dhabi (NBAD),” Fayed said.

“The bank is lending various projects in different fields, such as real estate investment, transportation, retail, amongst others, and we are studying other possibilities and will be expanding in the coming period.”

Concerning the bank’s expansion plan for the rest of the year, Fayed said the bank aims to open seven new branches in the last six months of 2015. This will lead to increasing the number of branches to 41, instead of the current 34.

The new branches will be located in Cairo and Alexandria, as well as new cities.

The EEHC’s emergency plan project aims to solve the country’s electricity crisis for the summer of 2015, which involves adding 44 electrical units with a capacity of 2,672 MW.

Aside from Egypt, Bank Audi is present in Europe, Lebanon, and Turkey. The bank’s services cover commercial, corporate, private and individual banking.

The bank started its operations in Egypt in March 2006 through the acquisition of the Cairo Far East Bank SAE, an Egyptian bank with only three branches. In 2006, the bank’s capital reached $100m, and kept rising to reach $307m in March 2014.