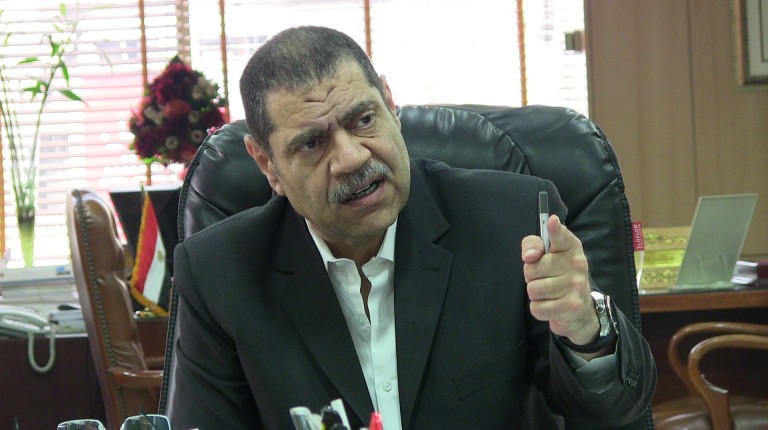 The Tourism Development Authority (TDA) is studying the near future offering of land to tourist investors through investment unions, according to TDA Head, Serag el Din Saad.

Saad added that this will occur on condition that part of the project is offered for public subscription on the Egyptian Stock Exchange (EGX).

This will be a new method of offering land by the authority, according to Saad, who added that public subscription will be for a share of 25% to 30%.

As the TDA is the Ministry of Tourism’s economic arm, do you intend to offer new lands in the next fiscal year (FY) 2015/2016?

The authority will offer lands as soon as the executive rule of the unified investment law is issued, because the law will work on avoiding obstacles which stand in the way of investments of any kind. The TDA works on offering land for mega integrated development projects, with a land area of more than 5m metres through establishing an investment union, while allocating 25% to 30% for public subscription on the EGX.

Is this a new method never used by the authority before?

Of course it is. The authority is carefully studying it, especially for mega projects that we hope would target major tourist investment companies, whether Egyptian or foreign. This type of bidding will benefit tourist areas, in terms of the competitive advantage or the efficiency in implementing the projects, and passing the experience from foreign to Egyptian companies, as well as the quick execution.

We also want the Egyptian citizen to feel that he is part of the tourist investment of senior investments, through investing his savings in new projects. Tourist investment is an important factor to combat unemployment. Every hotel room built provides work opportunities. I would also like to say that Egyptian tourism gained so much experience from fighting crises in the past four years, and it can change the urban life of Egypt within the next 10 years.

Do you expect the average citizen to take part in subscription of the tourist projects?

Yes, I am very positive about that. We have to take advantage of the New Suez Canal project which was started in the second half of last year, when President Abdel Fattah Al-Sisi allocated more than EGP 25bn from outside the banking system. This new method will help speed up the construction works using big companies’ experience, and the authority will create a general plan for the project.

Speaking of the project’s general plan, what is the difference between this type of bidding and the general development plan in Sahl Hasheesh?

This type of bidding is very similar to the bidding of the Sahl Hasheesh project, which was established by the Egyptian Resort Company (ERT). However, the difference is that part of the project will be bid for public subscription in EGX, with strict regulations that prohibit participants in the investment union to buy the subscribed shares. This type of bidding is made only for mega projects that have a land space of more than 20m sqm. The general plan will be set by the TDA, which will strictly supervise it.

In the Sharm El-Sheikh Economic Summit, you presented five investment opportunities. What were the offers for them?

Would you tell us more about these desires and why they have not reached the negotiations phase?

Gamasha Gulf in the Red Sea is among the most important investment opportunities which will be marketed by the authority in the next phase. The Gulf has many huge natural tourism resources, and all investors are well aware of that. Thus, we offered 8.1m sqm for investors. Four major companies showed interest in the investment opportunities in Gamasha Gulf: SODIC, Travco, a company owned by businessman Samir Abdel Fattah, and a company owned by Islam Mahdy.

Why didn’t any of the interests reach the negotiation or contracting phase?

All the experts in the authority affirm that the competition on Gamasha Gulf will be run by many companies, and one of the companies will handle the project as per the financial and technical tradeoffs. The other investment opportunity is for Marsa Wazer, and its land area is 1.9m sqm.

We feel the confidence in your talks about the TDA’s future bidding plans – what is it behind this?

There is nothing behind it. In the past nine months of the current fiscal year (FY) 2014/2015, the authority had been working on pushing the projects and the tourist investors to expand and complete their projects. During these months, most of the allocations were outside the bidding map, which is for the projects already in place, as well as allocating additional three projects in Ras Sedr.

What do you mean by outside the bidding map?

I mean that it is outside the bidding process. We have worked on pushing investors to complete their construction works in the previously allocated land areas. There is great benefit in this, since the authority works on boosting the use of its land resources through making use of every square metre of land, which will increase the added value of the area of the project.

How big are the projects’ expansion plans that were established in the past nine months?

Our expansions reached 16m sqm, and they include already existing projects and other new ones. As I previously stated, the authority works on making use of its resources, and these expansions were in the desert, which means that they have an added value for other lands near the projects. This is the TDA’s policy during the current FY 2014/2015, and we have succeeded in achieving it. The policy includes boosting the benefit from resources through cooperation with partners, which would give an added value to other areas which will be offered in later phases.

Does this mean that the authority will stop offering land?

No, it does not. Tourism development does not have to be along the sea coast, and the authority’s strategy is to expand the development to the deepest parts of the deserts until all the rest of the development parts be integrated, whether agricultural, industrial, or housing. This is how the authority works, according to an integrated policy with all the state’s entities. We coordinate with governorates where the bidding plan for the projects is present, or the different ministries whose work is related to tourism. We want the investor to only think of his project, how to execute and market for it. The state and all its different executive entities are well aware of this and it was stressed on in the Economic Summit held in March.

How many approvals were announced for the projects being established within the three quarters of the previous FY 2013/2014?

There were 59 approvals for the projects that were built in the first nine months of the previous FY 2013/2014. This led to achieving more income at EGP 550m, of which 50% were new revenues, while the rest were dues to investors. This income was EGP 88m more than the targeted amount, and we expect it to reach EGP 600m, with an increase of 30%.

How much are the dues of investors?

Since 1995 and until 31 May 2014, TDA owed $515.2m to all the projects that were built on its land. Dues of tourist investors until last May accounted for only $118m. These dues are in dollars, not Egyptian pounds, and should fairly have an interest rate of 7% in return for the delay in paying the annual instalment. The authority keeps its rights well-guarded, and we have enough flexibility in dealing with investors. In April, the Board of Directors of the TDA decided to keep on collecting 30% from some of the investment sectors, and 15% from some other sectors. The sectors work in Nuweiba/Taba and Ras Sedr in South Sinai.

The state recently announced that the North Coast will be an axis for huge development –  what is the role of the authority in this?

The North Coast will add a great developmental dimension that does not include only the tourism sector. The TDA is currently coordinating the project with the governor of the region and the Ministry of Housing and Urban Communities. The authority plans that the area be the axis of other development projects.

When will the TDA offer tender for lands in the area?

We hope that we will offer land for tender in the second half of the year. The tourist products will be various, however, the hotel investments will have the bigger part. Phase I of developing the area is to build hotels, Phase II is to build the services centres and entertainment, and Phase III is for tourist housing.

Some investors fear the investments in the North Coast will have a negative effect on the Red Sea and South Sinai parts, what do you think of that?

I don’t believe they will. On the contrary, the North Coast area will attract new classes of tourists who may be different from tourists in the Red Sea Coast.