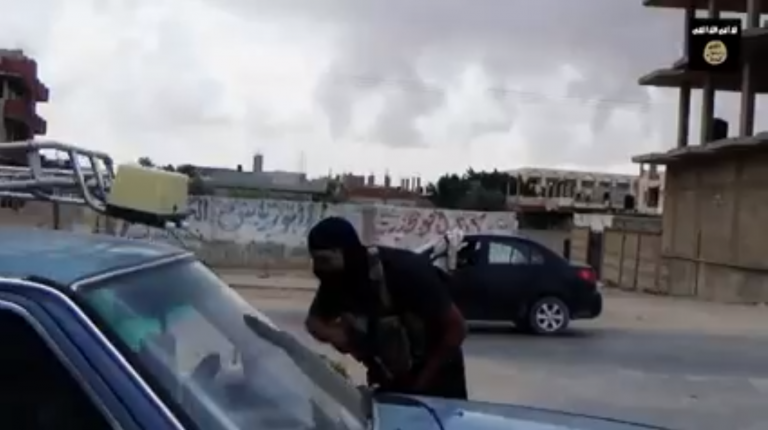 A tribal source from Al-Tarabeen in North Sinai confirmed Tuesday the tribe has launched attacks on “State of Sinai” members.

The attacks come in retaliation for the death of one of its members at the hands of the Sinai-based militant group.

The source added that the person is said to have been “an army informant”, however he could not confirm this information.

He added that he does not know if any of the armed group members were killed during the attacks.

An Al-Arish resident told Daily News Egypt that almost three days ago, a member of the tribe was killed by gunshots. The resident also said that the tribe aims to retaliate his death, in cooperation with the Egyptian army and other tribes.

The resident added that, generally, all North Sinai tribes are cooperating with the army against Sinai militants, as most “State of Sinai” members are not from North Sinai.

Meanwhile, a Sheikh Zuweid resident added that it is “very likely” for the tribes in the area to support the army in its fight against terrorism.

However, it has yet to be confirmed whether other tribes got involved in the retaliation or not.

Three days ago, “State of Sinai” posted a series of photos featuring people distributing threatening leaflets on people in North Sinai. The militant group’s statement alleged that the people in the photos belong to the Al-Tarabeen tribe.

On the other hand, the distribution of threatening leaflets by “State of Sinai” militants has been widespread for months in North Sinai. The leaflets call on residents not to help the army and to join the armed group.

Deaths in North Sinai are frequent, as the Egyptian army and “Islamic State” affiliates in North Sinai have been engaged in a “war”, each seeking the elimination of the other.

Egypt has taken a series of measures in order to counter terrorism in North Sinai. These measures include the creation of a 5km buffer zone along the border with the Gaza Strip, and imposing a limited state of emergency, which was recently extended by President Abdel Fattah Al-Sisi for a further three months, after it was set to end by the closing of April.

The curfew was initially imposed in North Sinai for three months. The curfew followed the 24 October attack, which left at least 30 security personnel dead and injured many others in North Sinai’s Sheikh Zuweid.

Residents previously told Daily News Egypt that the extension of the curfew “is not effective” as many insurgent operations against security personnel take place during curfew hours.