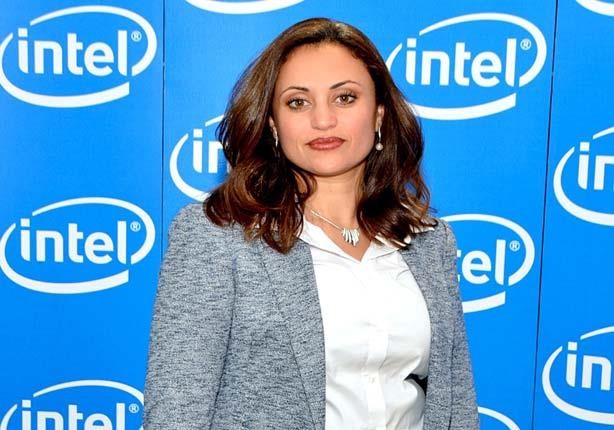 Intel Corporation has trained over 500,000 teachers as part of an agreement with the Ministry of Education to develop teachers’ skills in place since 2006. In the coming period, the company will focus on supporting entrepreneurship, according to Nihal Abbas, Corporate Affairs Manager at Intel.

Abbas said Intel sees the Egyptian market as a market with growth potential in entrepreneurship, considering the country’s economic state, and the various social problems which providing opportunities to emerging companies.

What are your strategies to develop and improve Egyptian society?

At Intel Egypt, social affairs programmes are divided into two parts: education and entrepreneurship. As to the first part, we focus on teachers and students’ skills, and we started to focus on improving students’ skills regarding the basics of scientific research, which would pave the way for the student to start his university studies with a new method that would depend on the basics of scientific research.

At this stage, Intel organises competitions to students in scientific and engineering projects in Egypt, and they choose eight winners for the global competition, which helps them get in touch with many experts in the field and perfect their skills. More than 60% of the winners in the competition are Noble Prize winners, which gives students a chance to gain new experiences through communicating with these winners.

At the university level we focus mainly on training young people on business entrepreneurship skills, which enable them to form their own start-up companies, such as training them on how to develop a business plan and mechanisms to ensure the economic viability of their project ideas and how to choose the team members, through several workshops that include “creativity camp” through which they get help from Intel experts in financial planning,  developing their ideas, and determining the requirements for the success of their start-ups.

“Creativity camp” helps some of them get funding from various high-risk investment funds that are interested in start-ups with creative ideas.

The second part of supporting university youth focuses on entrepreneurs who own start-up companies, and in that programme we give them the opportunity of presenting their projects and plans to the investors and business partners, in addition to supporting them with modern technologies in the market to improve their products.

What about your plans for the development of education?

In public education, we have an agreement with the Ministry of Education to train teachers on the educational use of information technology, to help them rely on modern tools in explaining school materials, which facilitates and develops the educational process and improves the educational outcome.

We have been implementing our agreement with the Ministry of Education since 2006, and since then more than 500,000 teachers were trained, from a total of 1.5m teachers under the ministry.

On the student level, we are keen to develop their skills in the use of technology through Intel’s educational programmes, to maximise their benefit from the educational process as well as providing them with research skills and team work, which gives the students a sense of belonging to the Egyptian society and develops their approach towards society to create in them a tendency to improve their surrounding environment.

Last year, we launched a new competition under the name of “Internet of Things”. Through the competition, we allow the contestants to present their ideas regarding designing wearable smart products and help them to produce trial version of the product. Among all the Arab countries, Egypt was chosen to participate in the contest, to be with other 26 countries from all over the world to participate. We won the fourth place in terms of the number of presented creative ideas.

“Internet of Things” is a global trend now, what did you do to turn ideas the participants presented into real products?

The development and plenty of the creative ideas the students and contestants presented in “Internet of things” pushed Intel to produce a computer smaller than the one in hand to be placed in wearable objects and convert them into smart pieces. This computer is called “Galileo Edison”. It is supported with Wi-Fi technology and a powerful processor that allows a lot of applications. The device developed by Intel helps people with creative ideas to produce the initial design for their project in “Internet of things.”

What are the advantages of the Egyptian market that may help growth of the entrepreneurship activity?

The economic circumstances Egypt goes through are considered the biggest advantage for the boom of entrepreneurship. Everyone is trying to increase their income which will push the youth to launch projects of their own. A lot of these projects are often creative, to avoid competing with entities already offering the same services, and to gain competitive advantages for the product. Unemployment will also push a lot of youth to think out of the box by settling plans to launch start-ups, in addition to the many problems the Egyptian society faces. Each problem is an investment opportunity for entrepreneurs, which will allow for overcoming the society problems in the future and developing entrepreneurship.

The current circumstances under which entrepreneurs launched their companies will also give them toughness with time, which will make them the core for creating new global brand names for Egyptian companies. A lot of Egyptian companies succeeded in doing so like SiDi Soft which succeeded in offering unique advanced technology in Wi-Fi and lte not available in any other company in the world, which helped its acquisition by Intel in 2011 with an expensive price.

What are the challenges facing entrepreneurship in Egypt?

There are a number of challenges facing entrepreneurship in Egypt, the most important of which is governmental bureaucracy which wastes so much time and effort, in addition to the lack of laws protecting intellectual property and some legislations standing in the way of owners of start-up companies, like laws on company establishments or bankruptcy laws.