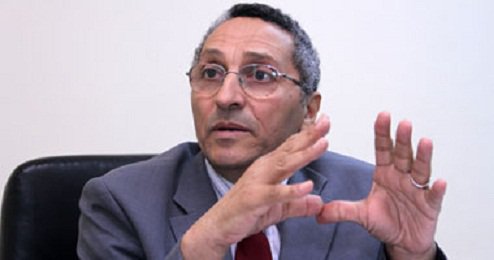 The implementation of the Dabaa nuclear project has witnessed serious delays, despite implementations plans taking place at the end of the 1950s under former President Abdel Nasser according to Nuclear Affairs and Energy Adviser at the Ministry of Electricity Ibrahim Al-Osery.

Al-Osery, who served as a senior inspector at the International Atomic Energy Agency in the past, worked to implement Egyptian nuclear plans in Dabaa. The project has the potential to provide up to 50% of Egypt’s electric energy capacity, claimed Al-Osery.

He claimed that implementation delays cost the country approximately $8bn annually, adding that over the past 30 years Egypt has lost approximately $200bn.

Egypt is currently awaiting a decision from President Abdel Fattah Al-Sisi to begin implementation of a new national project revolving around nuclear powered electricity production through a tender offered for global bidding, according to Al-Osery.

We’ll start with the obvious question: why has Egypt not yet implemented its nuclear programme?

Yes, the historic question… let’s go back to the 1950s when Egypt resolved to produce electricity from nuclear power.

At the end of this decade Egypt worked to increase the capacity of its technical staff in Egyptian universities, sending them to friendly countries in order to be trained in nuclear programmes that would be implemented by Egyptian scholars. But Israeli aggression against Egypt in 1967 and the occupation of the Sinai Peninsula put an end to this programme.

Egypt’s first attempt to construct a nuclear reactor took place in Borg el Aral in Alexandria, but Israeli aggression against Egypt was one of the reasons that these ambitions were stalled.

Following the battle to liberate the Sinai Peninsula from Israel in October 1973, President Anwar Sadat hoped to revive the programme again in 1974 and agreed with US President Richard Nixon to implement two stations.

What did Sadat do after he rejected US conditions?

Sadat was very determined to establish an Egyptian nuclear programme and attempt to overcome the energy crisis which loomed on the horizon in light of growing petroleum derivative consumption.

The capacity of energy produced from these stations was estimated according to Egypt’s electricity network at that time.

At present, Egypt’s total electric generation capacity amounts to 28,000 MW and the Dabaa nuclear project is expected to provide 50% of this capacity.

France offered to construct the first two stations and a shared working group was formed in order to transport nuclear technology[c1] . A French company conducted a study of the areas in which the reactor could potentially be constructed. Dabaa, west of Alexandria, was chosen as the site.

But the assassination of President Sadat in October 1981 delayed the project.

Why was the project delayed again in the era of ousted president Hosni Mubarak?

Mubarak requested that bidding be offered for project implementation, which served to delay the project more than four years. The contracting style was changed to a bid, which delayed the project another three and a half years, and then the political situation since 25 January 2011 also played a part in postponing the project.

The project was offered as a tender and bids were received. Egypt was studied from technical and economic standpoints, but before project implementation was finalised, the Chernobyl accident took place in the 1980s in Ukraine, which served as a scapegoat on which more delays could be blamed.

Ukraine is an independent state with vast coal reserves. Nine nuclear stations were built following the incident and operations did not stop after the blast. At present, Ukraine has 15 nuclear reactors for electricity generation.

Those who fear risks associated with nuclear energy are not specialists in the field, nor do they take into consideration the experiences of other countries.

Why have experts not appeared in the media to explain the importance of the project?

As I said before, the Chernobyl incident formed a scapegoat on which more implementation delays could be blamed by creating panic in the Egyptian street regarding the dangers of nuclear reactors.

How can this be explained?

It is no secret that the West fears Egypt having a nuclear programme. America imposed political conditions on Sadat for implementing two stations in 1974, but he refused to accept them.

But Egypt has announced more than once that its nuclear plan will be peaceful, despite the fact that neighbouring Israel does not promise the same.

But it is clear that there is a campaign against the project each time it comes out into the open again. Why is that?

Again, I say that those who launch these campaigns are not specialists and businessmen play a significant role in supporting the campaigns through the media outlets that they own.

These reactors account for only 5.9% of the total electric energy produced by nuclear energy around the world.

Can you explain more about the type of reactors under construction?

The number of reactors under construction around the world number 70 with a capacity of 66,682 MW hours and 59 normal pressurised water reactor reactions represent 84.3% of the total. These reactors produce 58,778 MW hours, or 88.1% of total nuclear-powered electricity.

Reactors that operate on boiled water, like that of Chernobyl, number only four across the world.

Only one gas-cooled reactor exists at present. It produces 200 MW hours representing 0.3% of total production.

What kind reactors will be constructed on the Dabaa site?

The nuclear reactor that will be constructed in Dabaa after the president issues his decision will be a normal pressurised water reactor. No radioactive leaks have occurred in these types of reactors since the 1950s.

There are 275 nuclear reactors of this variety out of a total of 437 operational reactors worldwide.

How much will it cost to construct the Dabaa power plant?

Initial costs for the two reactors are estimated at $4bn each. Various requisites for the project have been implemented, including the construction of two nuclear power plants with a capacity ranging between 900-1,650Mw in order to allow all companies to apply for the tender.

The winning company will be chosen after its bid is studied from financial and technical standpoints.

According to the specifications stipulated by the Ministry of Electricity, the supplying company is obligated to cover 85% of foreign component costs.  Loan repayment will include a grace period which will depend on the offer presented.

Payment for power plant construction costs will take place through the difference between the cost of nuclear fuel and cost of natural gas or oil.

But aren’t some countries beginning to abandon nuclear energy?

You must mean Germany. Germany generates 40% of its energy through coal, 14% from natural gas, 30% from nuclear energy. The remaining portion is generated through new and renewable energy such solar, hydro-power, and wind.

Germany now regrets its decision to halt the construction of nuclear power plants to generate energy.

German demand for energy is different than that of Egypt; the former displays population growth of no more than 0.6%, while the latter exceeds 2%. This means that a great demand for electric power exists, which Germany can obtain from Europe’s unified network.

In spite of Germany’s experiment, 437 operational reactors worldwide currently exist worldwide, mostly in European countries and the United States. The UAE recently announced that it hopes to establish two reactors in cooperation with South Korea, even though the UAE is an oil rich country.

Iran, also an oil-rich country, has its own reactor and has plans to construct another.

What about China, which has one of the largest coal reserves in the world? China is currently constructing 27 nuclear plants in addition to another 22 already in operation, while France has 58 operational reactors and one under construction.

What about the recent Fukushima accident in Japan?

The leaks that occurred in Fukushima occurred in a type of reactor that operates on boiling water, the same variety as the Chernobyl reactors.

Nevertheless, Japan has two nuclear power plants under construction, a fact that contradicts the opinions of non-specialists against the construction of nuclear reactors.

What is your opinion of the recently announced tariff for households and investors that purchase new and renewable energy?

I cannot give an opinion on the technical aspects of this as it is outside the realm of my specialty, but the decision is considered a major shift in state policy on Egypt’s energy mix, which is something we’ve been awaiting for years.

New and renewable energy sources alone aren’t sufficient to combat the energy crisis experienced by Egypt. A strategy of expanding industrial investments over the coming months is in place, and projects recently announced by the state affirm this strategy.

No state in the world has a socio-economic programme that depends on new and renewable energy sources only. Countries instead rely on five sources in different proportions represented through the energy mix, while the details of this mix depend on each state’s capacity and economic circumstances.

Solar energy cannot be depended on as an alternative to nuclear energy, serving only as an additional source of energy. Nor is solar energy an intensive source of power, as capacity ranges between 5-11 acres for each MW hour.

Solar plant maintenance is very expensive and must be carried out weekly and monthly, as solar energy mirrors lose 50% of capacity if they are not cleaned for one month. On average they should be cleaned every three days, but this can vary according to the country, the amount of dust present, and the weather.

It is. The cost of producing 1 KWh in solar energy is four times more expensive than that of nuclear energy when costs incurred after the station is no longer operational are taken into account.

What do you have to say about the Dabaa site?

The Dabaa location accommodates four to eight stations with a nuclear capacity of 900-16,500 MW, and locational studies take four years on average.

Transitioning to an alternative location would cost $26bn-50bn on top of funds already spent on the location.