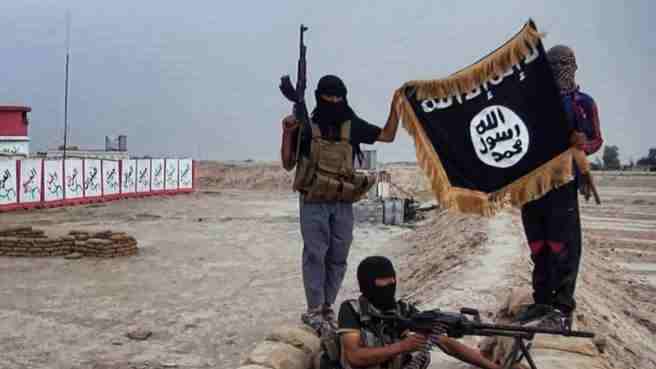 Egypt’s Foreign Minister Sameh Shoukry said Egypt is willing to do its utmost to communicate with parties in Iraq to contain the crisis and preserve the country’s unity.

In a press conference on Sunday, Shoukry was cited by state-run MENA as saying that Egypt is always ready to play a political role in events in Iraq.

The jihadist group, the Islamic State, formerly known as ISIL announced also on Sunday the establishment of a Caliphate or Islamic State, led by group leader Abu Bakr Al-Baghdadi.

In an audio clip, the group’s spokesman Abi Mohamed Al-Adnani Al-Shami said Muslims will be sinful if they do not try to establish the Caliphate. The decision was reached by the organisation’s Shura Council, which believes that there is no valid constraint to justify delaying establishing the Caliphate.

The Shura Council and group leaders pledged allegiance to Al-Baghdadi who has accepted the new role. The Islamic State decided to drop the reference to Iraq and the Levant in its name because Al-Baghdadi is now the leader of all Muslims. Britain’s The Guardian newspaper reported that the Caliphate will “stretch from Syria to the Iraqi province of Diyala north-east of Baghdad”, according to Al-Adnani.

The Syrian crisis spilled over to its neighbour Iraq when Islamic State Sunni fighters began seizing parts of Iraq earlier this month, creating a humanitarian crisis. By 24 June, the United Nations Assistance Mission in Iraq said more than 1,000 people had died in two weeks in Iraq.

Sunni fighters control large parts of five Iraqi provinces, AFP reported. Iraqi forces are currently engaged in a campaign to retake Tikrit. Iraq bought warplanes from Russia to win the city back and the United States deployed military advisers, who are helping the campaign.