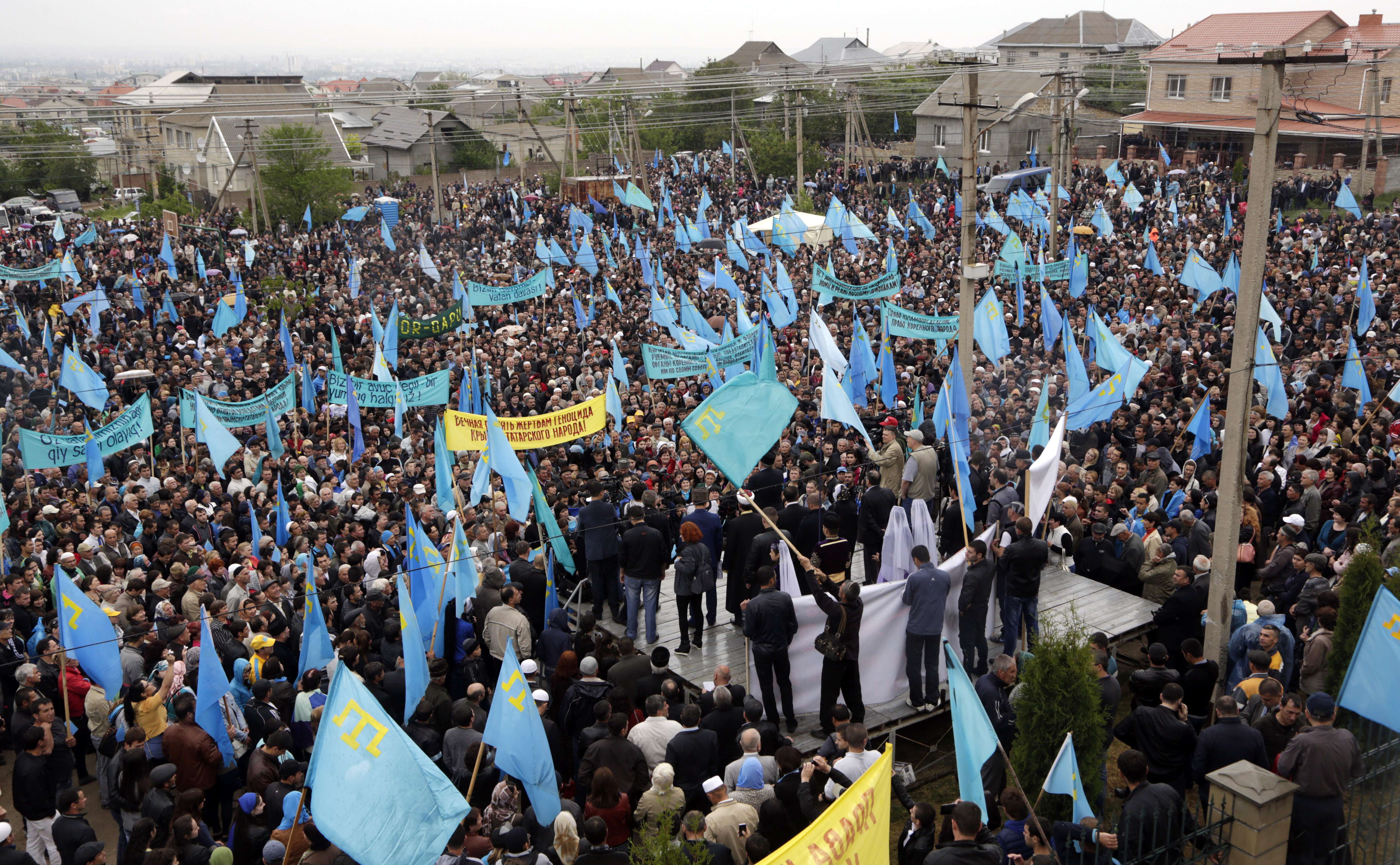 AFP – At least 10,000 people have been driven from their homes since the start of the Ukraine crisis, with Crimean Tatars the hardest-hit community, the UN refugee agency said Tuesday.

“Displacement in Ukraine started before the March referendum in Crimea and has been rising gradually since,” Adrian Edwards, spokesman for the UN high commissioner for refugees, said as he released the figure.

“Most of those displaced are ethnic Tatars, although local authorities have also reported a recent rise in registrations of ethnic Ukrainians, Russians and mixed families,” he told reporters.

For the most part, the 10,000 people have been internally displaced – staying within Ukraine.

“The number of Ukrainian asylum-seekers in other countries has remained low,” said Edwards.

Pro-Moscow forces who took over the Crimean peninsula held a referendum in March – recognised neither by Ukraine nor the international community – and the southern province was almost immediately annexed by Russia.

Tensions have been high between Crimea’s Muslim Tatars, generally seen as pro-Kiev, and the province’s ethnic Russians.

“Among accounts we’re hearing from displaced people is that they have left either because of direct threats or out of fear of insecurity or persecution,” said Edwards.

“Some report having received personal threats over the phone, via social media, or finding threatening messages left on their property,” he said.

Most of the 10,000 internally displaced are moving to central and western Ukraine, he added.

Ukraine is being rocked by fighting pitting government forces against pro-Moscow separatists in the heavily Russified east of the ex-Soviet republic.

Edwards said that he did not have separate figures for people fleeing from the east.

“The situation in the east is clearly causing displacement,” he said.

“It’s an extremely difficult situation for many people. It is not stable,” he added.