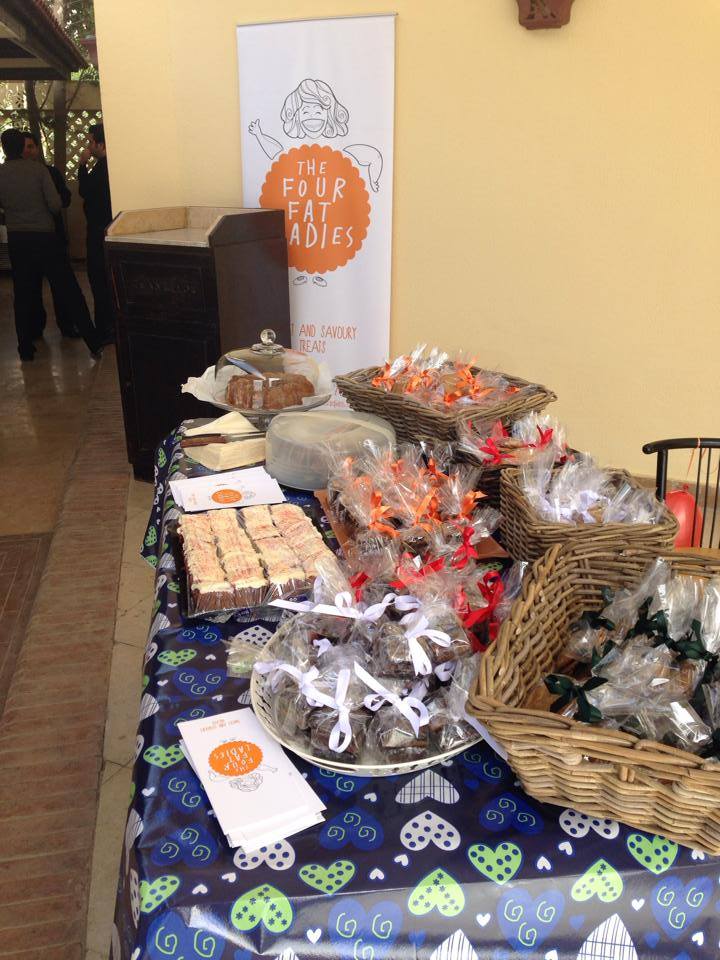 Specialising in classic American desserts, the Four Fat Ladies is the result of a collaboration between three sisters, Sherine, Nira and Heba Shunbo, for whom baking has been a life-long passion.

“It all started with our mum; she’s always baked for us and we’ve been surrounded by it growing up,” they say. “We come together in the kitchen and it feels like this is an extension of who we are.”

When the women launched the business, they had a fourth partner, hence the name, but now they say they think of their fourth “lady” as their mother.

All three women come from different backgrounds and careers; Nira worked in public relations, Heba in interior design, and Sherine in architecture.

Starting a business with family was difficult at first, they said.

“Everyone has different opinions and clashes happen, but eventually, once you learn how to communicate with each other, it all falls into place, like a jigsaw puzzle,”they said.

Their food focuses on American classics.

“After the revolution all of these bakeries started popping up,” they said. “There’s a demand in the market for this kind of desserts. Egypt has a lot [of] cupcake stores and French-style patisseries but this is lacking. We grew up in the United States and went to college there, so in many ways we relate to this kind of food.”

Their famous cheesecake is how is all started, which was originally their mother’s recipe.

“We have refined and expanded on her recipes over the years,” they said. “The cheesecake was our most popular option, but now it is the salted caramel fudge brownies.”

Other things on their menu include classics like apple, peach and pecan pie, red velvet brownies, cookies and quiche.

The Four Fat Ladies are aiming at opening a store in Zamalek by the end of the year, but for now, they bake on a per-order basis. Most orders require 24 hours in advance notice so it is delivered fresh, but for more extravagant occasions, such as birthdays and weddings, the ladies like more notice so they have more leeway to deliver high-quality products.

The Four Fat Ladies says what makes them stand out against the competition is their focus on one concept.

“Even though we have added more items to the menu, our focus still remains [on] American classic desserts and it’s a concept we have stuck to,” they said. “This way we can promise homemade high-quality food.”