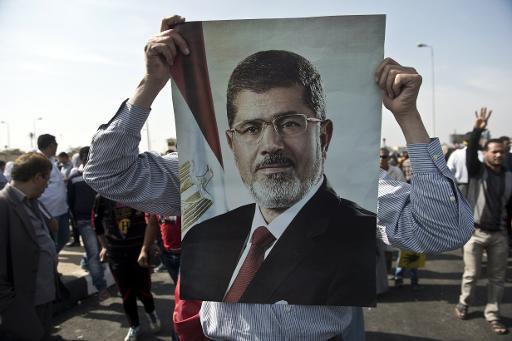 Al-Ahram reported defence team member Ali Kamal as saying: “The recurrence of daily court sessions, one after the other, day and night, is wearing the defence team out and barring them from practising their jobs in a serious and correct manner”.

The team also announced that they would hold a press conference after meeting with the concerned officials in order to inform the public of the outcome of the meeting.

He is currently named as a defendant in a total of four cases, in which he is accused of breaking out of prison in January 2011, insulting the judiciary, inciting the killing of protesters outside of the presidential palace in December 2012 and espionage.

Morsi’s espionage trial, which is currently postponed until 28 April, has been called “the biggest case of espionage in the history of Egypt”, and features leading Brotherhood members Mohamed Badie, Khairat El-Shater, Essam El-Erian and Mohamed Al-Beltagy, among others.

Many high-profile Brotherhood leaders are involved in multiple cases. Supreme Guide Badie is listed as one of the 683 defendants that will stand trial on 28 April for charges relating to post-3-July violence.

The Minya judge presiding over the case recently sentenced 529 defendants to death for similar charges.