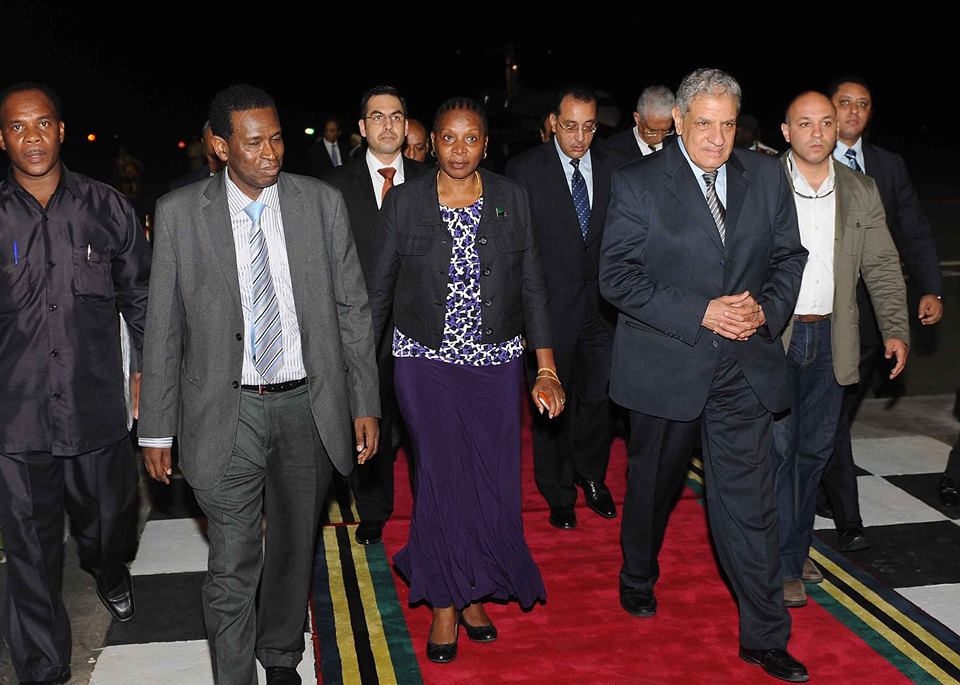 Egyptian Prime Minister Ibrahim Mehleb arrived in Tanzania on Friday, the latest destination on his multi-country tour of Sub-Saharan Africa.

This is the latest in a long line of high ranking Egyptian figures who have traveled to the region in order to build bilateral ties with various nations and to lobby for the lifting of Egypt’s suspension from the African Union. Egypt was suspended from the regional organisation after the army ousted former president Mohamed Morsi.

Earlier this week Mehleb arrived in Chad, where he met with the Chadian President Idriss Derby and other high ranking officials. Besides discussing Egypt’s suspension from the African Union Mehleb also discussed “increasing bilateral relations, especially in the fields of agriculture and agricultural research and livestock, as well as the areas of housing and projects being implemented by Egyptian contracting companies in Chad” according to a statement released by the Egyptian Cabinet. The prime minister also discussed increasing cultural ties between the two nations.

The prime minister is expected to discuss similar issues while in Tanzania. According to an official cabinet statement, Mehleb has already met with a high ranking delegation of Tanzanian officials led by the Tanzanian Prime Minister.

Although the African Union characterised Morsi’s overthrow as a coup, Mehleb maintains that that the transition was a “the will of the people” and has led the charge to reinstate Egypt’s membership.