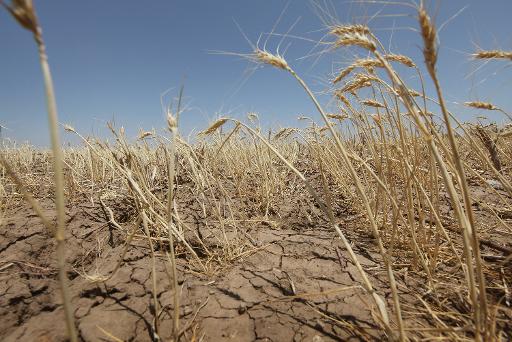 AFP – Global warming will reduce the world’s crop production by up to 2% every decade and wreak $1.45tn of economic damage by the end of this century, according to a draft UN report, Japanese media said Friday.

The document is the second volume in a long-awaited trilogy by the Intergovernmental Panel on Climate Change (IPCC), a Nobel-winning group of scientists, which is set to be issued next month after a five-day meeting in Japan, the Yomiuri Shimbun reported.

The trilogy is the IPCC’s first great overview of the causes and effects of global warming, and options for dealing with it, since 2007.

According to the draft, if global temperatures rise by 2.5C, the world’s aggregated gross domestic production will fall by 0.2 to 2%, the mass circulation said.

The planet’s crop production will decline by up to 2% every decade as rainfall patterns shift and droughts batter farmland, even as demand for food rises a projected 14%, it said.

Other effects from global warming include the loss of land to rising sea levels, forcing hundreds of millions of people to migrate from coastal areas, with the most vulnerable regions including East, South and Southeast Asia, it said.

The draft report, which will be reviewed in the 25-29 March meeting in Yokohama, calls for mitigation measures to reduce the vulnerability of environments to climate change such as flood protection projects and research on the prevention of infectious diseases, it said.

In the first volume of the trilogy, the IPCC said it was more certain than ever that humans were the cause of global warming and predicted temperatures would rise another 0.3 to 4.8C this century.

Heatwaves, floods, droughts and rising seas are among the threats that will intensify through warming, it said in the report released in September in Stockholm.

UN climate chief Christiana Figueres said the report was “an alarm-clock moment for the world”.

To steer humanity out of the high danger zone, governments must step up immediate climate action and craft an agreement in 2015” against greenhouse gases, she said at the time.

The IPCC has delivered four previous assessments in its 25-year history.

Each edition has sounded an ever-louder siren to warn that temperatures are rising and the risk to the climate system is accentuating.

The projections for this century are based on computer models of trends in heat-trapping greenhouse gas emissions, especially from coal, oil and gas, which provide the backbone of energy supply today.

A Japanese environment ministry official declined to comment on the report, citing IPCC’s request to keep it behind closed doors until the final version is approved in Yokohama.